The Amazon quiz can be played every day from 12 am to 11:59 pm and today the participants stand a chance to win Rs 10,000 Amazon Pay Balance. 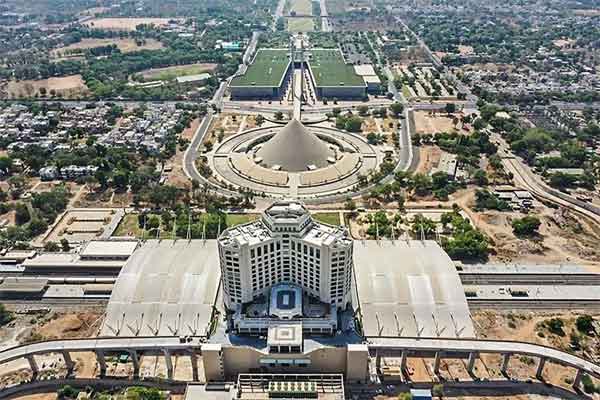 Amazon quizzes are getting more popular these days as people who crack the questions get free gadgets as well as Amazon Pay Balance. The Amazon quiz can be played every day from 12 am to 11:59 pm and today the participants stand a chance to win Rs 10,000 Amazon Pay Balance.

In today’s quiz (August 29 Amazon Quiz) one of the questions asked is- In which city is India’s first redeveloped railway station with a 5-star hotel located?
The question further has four options- a) Mumbai, b) Bengaluru, c) Chennai and d) Gandhinagar. Here’s the answer to this question in detail to increase your knowledge.
The correct option is d), Gandhinagar.

PM Modi on July 16 of this year, inaugurated Gujarat's Gandhinagar Capital railway station, which is considered the country's first redeveloped railway station with a five-star hotel.

Indian Railways has upgraded the railway station, which is part of the Western Railway zone, and it now offers world-class modern passenger amenities.

Features of Hotel
The beautifully constructed building of the refurbished Gandhinagar Capital station which is covered with multicoloured lighting provides a spectacular look.
The luxury hotel operated by a private entity has 318 rooms, stretched across 7,400 square metres. It has been built at a cost of Rs 790 crore.

There is an interfaith prayer hall, an art gallery with an LED wall display lounge, a baby feeding room, a centralised AC waiting room, and a double-height entrance lobby with ample ticketing facility, among other amenities.

Other questions asked in the quiz are-