Antyodaya Diwas: Who is Pandit Deendayal Upadhyaya, who is often remembered as a strong RSS thinker?

Antyodaya Diwas is celebrated on September 25, which is the birth anniversary of RSS thinker Pandit Deendayal Upadhyaya. 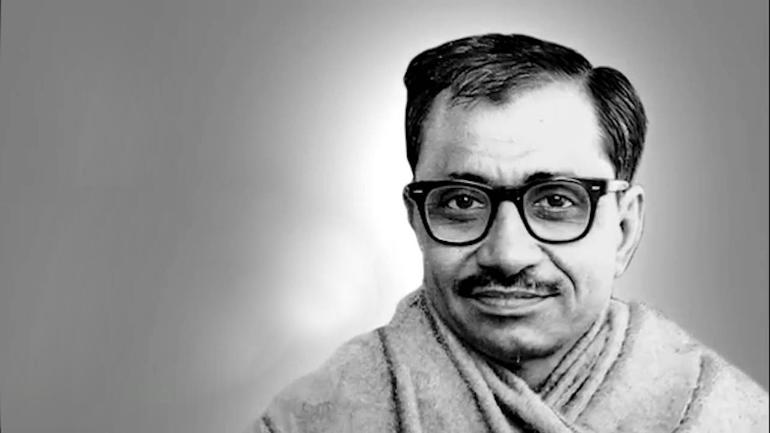 Today, on September 25, one of the prominent political leaders was born in the town of Farah in Uttar Pradesh's Mathura district – Pandit Deendayal Upadhyaya. Deendayal Upadhyaya was a Rashtriya Swayamsevak Sangh (RSS) thinker and was co-founder of Bharatiya Jana Sangh (BJS), which is currently known as the Bharatiya Janta Party (BJP).

If one goes in history, Pandit Deendayal became an orphan at the age of eight and then he survived with his maternal uncle but his life was full of misery and struggle. Despite all this, he was a brilliant student and received a gold medal, Rs 250 for books and a monthly scholarship of Rs 10 from the Maharaja of Sikar.

Deendayal completed his BA in the English language, with the help of a scholarship and owing to the death of a closed relative.

Later, he qualified for the civil services examination, where he got his nickname as Pandit Ji for appearing in the examination hall wearing a traditional dhoti-kurta and cap.

In 1942, he became a lifetime volunteer of RSS, which he joined around five years ago, he was influenced by Nanaji Deshmukh and Bhau Jugade.

Prime Minister Narendra Modi paid tribute and wrote, “Tribute to Pandit Deendayal Upadhyay Ji, the pioneer of Integral Human Philosophy, on his birth anniversary. He dedicated his life to nation-building. His thoughts will always inspire the countrymen.”

Pandit Deendayal Upadhyaya Ji on his birth anniversary today. He was an exceptional organizer, visionary thinker & dedicated social worker. His philosophies of 'Antyodaya' & 'Integral Humanism' continue to inspire many.”

Assam Chief Minister Himant Biswa Sarma paid tribute to Pandit Ji and tweeted, “Pandit Deendayal Upadhyaya ji's ideals of integral humanism and cultural nationalism always inspire us. On his birth anniversary, I paid my humble tributes to the stalwart at BJP State Headquarters in Guwahati and took the pledge to serve our nation by following his ideals.”