On Friday, Bollywood diva Anushka Sharma treated her fans with a couple of happy pictures on her Instagram handle. Dressed in a pretty black dress, the actress spread happiness with her sun-kissed pictures.

Keeping her hairs open and flaunting her flawless skin, the actress wrote on her Instagram handle, “Sun was shining, weather was sweet, made me wanna pose, to post some of these…. Forgot the lyrics to this song." 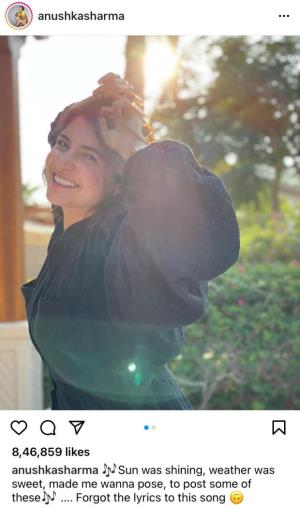 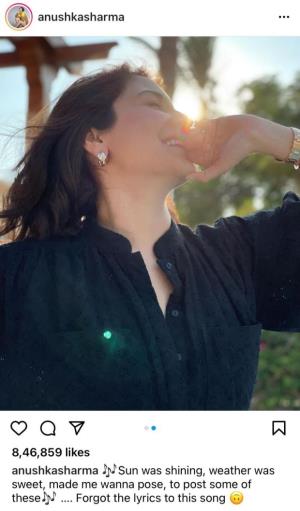 Recently, Virat Kohli posted a picture on Instagram posing with a cat. Kohli wrote in the caption, “A quick hello from a cool cat at practice." But what grabbed our attention was an exchange between Kohli and Anushka Sharma. The actress wrote “Hello billi," to which, cricketer replied, “@anushkasharma launda from dilli and Mumbai ki billi." The interaction quickly grabbed fans' attention. 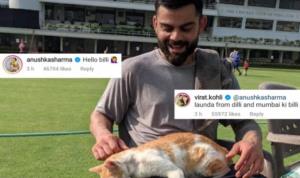 On the work front, the actress has been seen in advertisements but not in films. She was last seen in the film Zero which co-stars Shah Rukh Khan. The actress has this year delivered a baby girl Vamika. She is seen accompanying her husband on matches and shares updates from there.