Anushka Sharma shared a gorgeous photo of herself on Instagram and her husband Virat Kohli couldn't stop himself from engaging in some social media PDA. 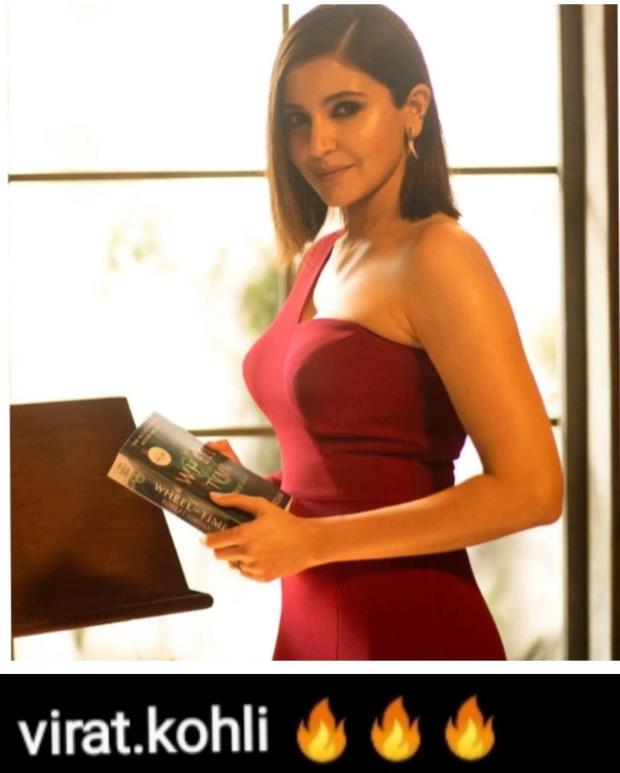 Bollywood star  has been sending the internet into a meltdown with her photos on Instagram. The stunner often shares posts on the platform. From glimpses of her time in the UK to stunning sun-kissed photos, Anushka definitely knows how to keep her 55 million followers hooked to her page.

A day after sharing some sun-kissed photos of herself, Anushka treated her fans with yet another beautiful picture. In the latest post, Anushka is seen rocking a red figure-hugging dress as she poses with a book for a promotion.

, Seema Khan and hundreds of fans took to the comments section to compliment Anushka. But, as always, it was her husband, Indian skipper 's sweet reaction that caught everyone's attention. Reacting to his wife's post, Virat dropped several fire emojis in the comments.

Anushka and Virat tied the knot in a private ceremony in Italy in 2017. The couple will celebrate their fourth wedding anniversary on December 11. Virat and Anushka, fondly called Virushka, welcomed their daughter Vamika earlier this year. They have not shared a picture of their 9-month-old daughter yet, that shows her face.

Meanwhile, on the work front, Anushka was last seen in 's

While Anushka hasn't announced any upcoming projects, the actress reportedly has two films in the pipeline. She will be seen in cricketer 's biopic. The actress will also star in a film titled