Apple 'Far Out' 2022: iPhone14 launches today; Expected features, design, price in India and everything you must know

The launch event starts at 10.30 PM IST, people miles away can watch the entire event here as Apple will be streaming the event live on their websites and the official YouTube channe 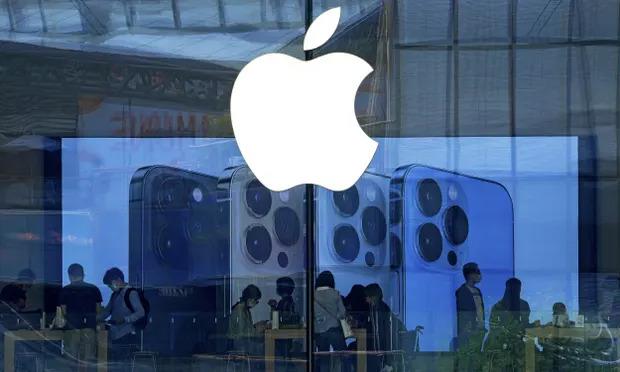 With a set of new products and accessories, Apple is back again with ‘Far Out’ its biggest annual event, where it presents the world with some of its finest entities.

The tech giant is all set to reveal its coveted iPhones along with a brand-new watch series with high-end modified features and possibly the next generations of Apple’s much-loved AirPods Pro.

The wait for iPhone 14 will get over tonight as Apple will be unveiling its much-awaited product at the company’s iconic annual event at the Steve Jobs Theater located in the Apple Park headquarters in California’s Cupertino.

It is for the first time in two years that the company is hosting the event in person owing to the COVID-19 pandemic.

The launch event starts at 10.30 PM IST. People miles away can watch the entire event here as Apple will be streaming the event live on their websites and the official YouTube channel. iPhone users can also watch the event on the Apple Plus TV.

However, before the event, several leaks indicated that iPhone 14 might not be getting a major design upgrade and its brand-new features will be reserved for the high-end Pro variants only.

What can you expect in the new iPhone 14?

The new iPhone 14 Pro series will be enabled with a dynamic 48MP camera, as per several reports iPhone 14 might have satellite connectivity along with the A16 Bionic chipset and that is what makes iPhone 14 special from its entire product line.

Apple generally prefers to proceed with a common processor across its lineup, but as many associated with the matter say that this time Apple has planned to reserve the A16 for iPhone 14 Pro and Pro Max, while an upgraded A15 will be earmarked for the iPhone 14 and iPhone 14 Plus/Max phones.

However, reports indicate that there will be two cutouts on the iPhone 14 Pro's notch, but it will appear as one when in use. How Apple is coming up with the set of new changes and upgrades from its predecessor model will be a matter to behold.

The launch price for iPhone 14:

There is no conclusive information available about what could be the price at which Apple launched its brand-new phone, however, several reports have claimed that it might hit the market in India somewhere close to Rs 80,000 – 85,000 the rate at which iPhone 13 was launched.

At the event, you might also get to see the new Apple Watch Pro which had been the go-to device by athletes for trust, durability, and performance during events like fitness, hiking, triathlons, etc.

Coming at the Apple AirPods Pro 2, the event might also see an upgrade in that regard and as Apple has already declared the delay in the iPadOS.

Clearing up all the doubts around the launch we will present to you a detailed report of what Apple has for you after tonight’s much-awaited ‘Far Out’ event, stay tuned.