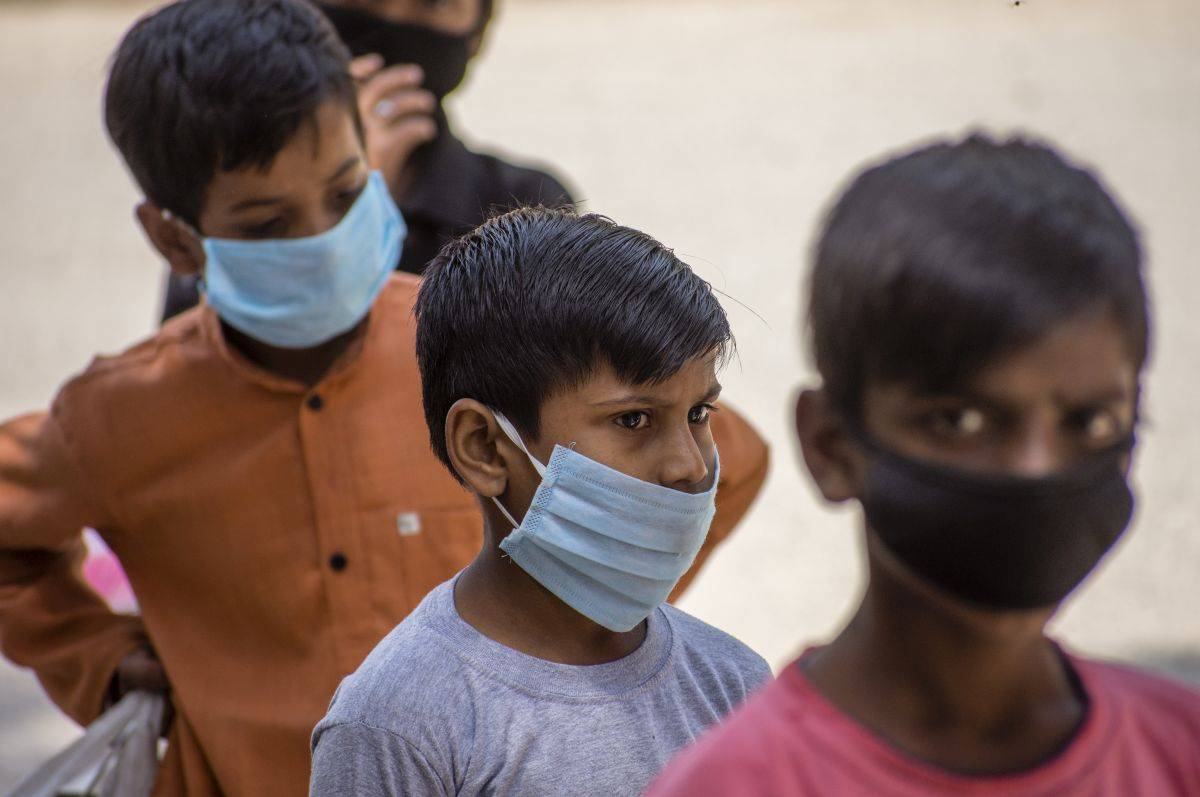 As Coronavirus cases started to decline last year and everything attained its normalcy, nobody would have thought that 2021 will bring calamity that would instil unforgettable and tremendous pain in people's life. In mid-April, India was hit by a second wave of Covid-19, with massive numbers and fatalities being reported daily. The deadly surge in cases caused an unprecedented burden on health resources and Covid positive people and their families were seen struggling to obtain life-saving oxygen and beds, the deads had to wait in line at the crematoriums to get a dignified farewell, with cremation ground attending over 20 bodies every day.

The pain of losing our loved ones will remain for long. The pandemic has hit everyone hard, with children suffering as well. Since the beginning of the pandemic, numerous kids have lost their parents to Covid, making life even harder for them.

Children who are the most vulnerable need immediate relief and rescue. According to the Union Ministry for Women and Child Development (WCD) around 577 children who have been orphaned during the second wave of the COVID-19, are now placed in the care of their immediate families and that their needs are being monitored and addressed by the government for their safety.

WCD minister Smriti Irani has assured that these orphaned children will be supported and protected by GOI. She also added that her ministry is in constant contact with the child welfare committees and states while tracking all the SOS messages for adoption are doing rounds on social media, many turning out to be fake. To watch out for child trafficking cases in the guise of adoption the WCD has put the concerned authorities on high alert.

Some states like Delhi, Kerala, Chhattisgarh have already announced relief aid like free education, monthly pension, free ration for kids who have lost both their parents to Covid. The Supreme Court also has asked the states to identify, and collect information of such children who have been orphaned since 2020 after a nationwide lockdown was imposed.

"Children in need must be taken care of...Understand their agony and address their needs immediately," the SC noted.

Prime Minister Narendra Modi has also announced a slew of relief measures under PM Cares for Children, under which his government will assist children to avail all personal and professional needs.

However, despite announcing so many relief steps and assuring assistance, does the government have any strategic blueprint on how all these will reach each child?

Looking at how the Indian governmental system works, corruption and the slow response of the authorities, we don't believe in any of the said commitment.

Common people too are not sure whether these orphaned children will be better looked after. We have asked people what they think the government should execute to make the future of these children a secure one, many believe the government needs to make a concrete plan to provide them protection and mere promises will not serve.

"Relatives should adopt the orphaned kids and if they can't take responsibility then adoption facilities should be made easier but stricter, only needy couples should be able to adopt the kids.. background check should be through, '' said Varsha Nair, a Kolkata based consultant - Special Education. In addition, for people who cannot adopt, an option where such people can sponsor an orphaned child's education and living must be offered. She asserted that NGOs working with children should also be involved. Children should get free counselling and medical facilities, Nair adds, citing that a campaign should be initiated, so that more and more people will know about this and orphaned children will be registered there. After adoption, monitoring should be done by the NGO or agency, Nair concluded.

Ankita Das, a primary school teacher believes that an orphanage will not assure a good future for the child, therefore, immediate relatives should come for the child's rescue and says only promises don't guarantee things, but we need fast action.

Emphasising that a huge number of kids will be coming in due to the pandemic, Loveleen Kaur, a journalist based in Jharkhand said that welfare centres should be made well equipped with food, basic amenities, etc, to handle that number. "Psychiatrists should also be called in to help these kids to come out of the trauma. Providing them better insight, showing them the way forward and giving them hope and light to build a better future for themselves," she added.

A Bangalore based Research Associate, Shrestha groaning over the crisis said she doesn't know how long these schemes will take time to materialise from paper to reality. Rather than making claims, those responsible should act immediately and "provide the ones orphaned with a ray of hope so that they can survive these unprecedented times," she adds.

Rukshar Kauser, a Software Engineer suggests that there need to be ways to protect the parent's property for kids who have been orphaned until they reach their maturity age, so their properties are not corrupted by relatives. Further, she says that those kids who are poor & have no property left by parents should get proper livelihood, medical, financial and educational aid until at least they do their graduation and has also suggested that a special govt body should be formed to handle the cases of covid afflicted families.

The biggest issue with the aid announced for the pandemic affected children is that it has been allotted from the PM Cares Fund which has no accountability. Thus, this does not ensure transparency in the work that will be initiated and also the security of children's future.

Furthermore, PM Cares Fund came into effect at the time when the pandemic hit the country and it's used at times of calamity, which doesn't assure its formal functioning. Also, does this channel have enough funds or the funds it may receive in the coming years is something that needs transparency?

However, numerous schemes are already in effect in India, many of which don't work.

Plans are welcomed, but the complexity of the Indian administration crushes the hopes of people to procure any benefits from these schemes. We need actions, as the country and the government have already failed these kids by taking away their parents through our unpreparedness to deal with the second wave that was already predicted.