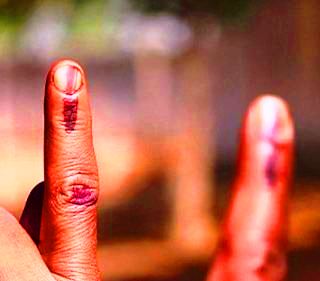 Polling was held for eight municipal corporations, and 109 municipal councils and nagar panchayats in Punjab today amid an array of violence incidents reported between the workers of the ruling Congress, BJP and APP at some places.

A spokesperson of the Punjab State Election Commission said that the highest turnout was recorded in Mansa district, while the lowest turnout recorded in SAS Nagar district.

As per information, seven people received injuries in Rupanagar after workers of the Congress and the Shiromani Akali Dal clashed following a heated argument in Ward No.1. However, in Moga, SAD leader Praveen Kumar Pinna was assaulted by unidentified men at Arya School pooling both.

Other violent incidents and scuffles between activists of the ruling party and the opposition parties were reported from Batala, Rajpura, Tarn Taran, Bathinda, Gurdaspur, Samana, Rupnagar, Nabha, Nangal, Mohali and Ferozepur.

The leaders of the opposition parties including Aam Aadmi Party and SAD both had accused the Congress workers of indulging in booth capturing in Samana, Rajpura, Dhuri, Abohar and Bhikhiwind, however, the allegations have been duly denied by the ruling party and they said as the BJP and AAP are losing the elections, therefore they were making false claims to malign the Congress image in the eyes of the common public.

Moreover, Leader of Opposition, Harpal Singh Cheema claimed that an AAP volunteer was allegedly shot at in Patti by some Congress activists, but the police on duty at the site, rejected the claims and said nothing such was reported.

Besides briefing the media this afternoon in Majitha, the SAD leader Bikram Singh Majithia also accused the Congress and sought resignation of CM Captain Amarinder Singh for all the violence incidents reported during the poll and for misusing the government machinery in order to win the elections.

The State Election Commission has also announced February 14 and February 17 as dry day.

In SAS Nagar the voting turnout recorded 60.08 percent, while Roopnagar's voting figure has gone up to 73.80 percent.