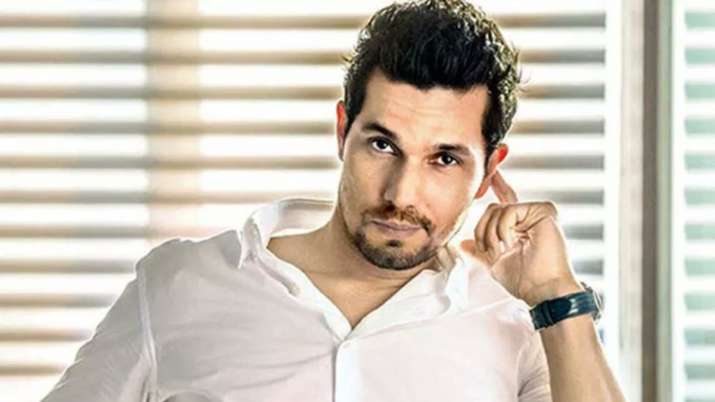 Randeep Hooda, a Bollywood actor, has been in the news recently after an old video of his became viral. In the video, the actor is seen making a joke about former UP CM Mayawati, the former Chief Minister of Uttar Pradesh. While it's unknown when the video was shot or in what context Hooda made the remark, internet users are outraged and accuse him of being "sexist and casteist.”

People on social media have been demanding an apology and criticising him since the video went public. The hashtag 'Arrest Randeep Hooda' is now trending on Twitter. 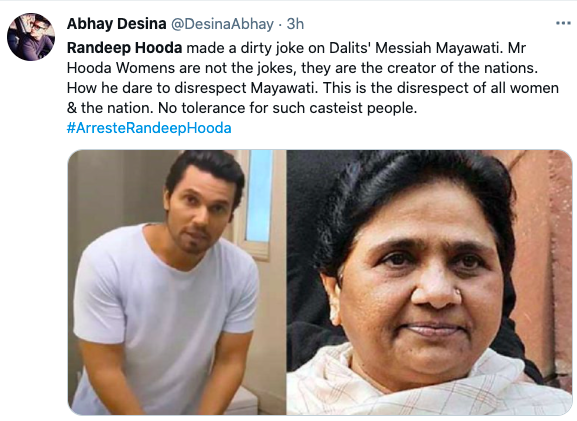 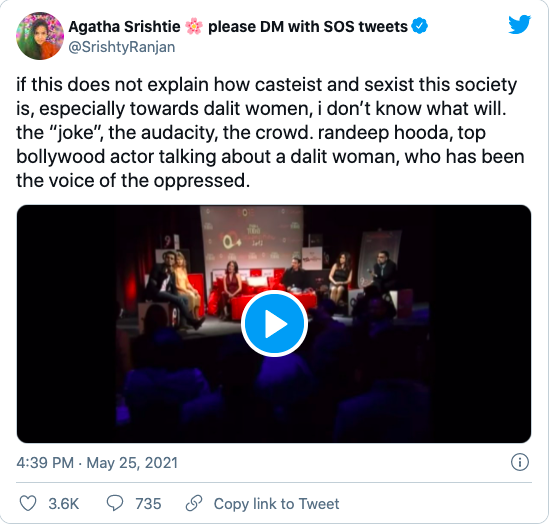 Internet users are slamming actor Randeep Hooda for the 'dirty joke' made on politician Mayawati. One Twitter user said, "if this does not explain how casteist and sexist this society is, especially towards dalit women, i don’t know what will. the “joke”, the audacity, the crowd. randeep hooda, top bollywood actor talking about a dalit woman, who has been the voice of the oppressed." Another tweeted, "Threat & insult of a women anywhere is a threat to their respect & dignity everywhere.”
Also Read: SHOCKING: Kartik Aaryan DROPS from Shah Rukh Khan's Red Chillies film Freddie; Netizens slammed Bollywood gang

Another wrote, "The depravity of the 'joke' is unbelievable! And the smugness on his face while narrating this joke seems like the guy has 'achieved' something great by telling this joke." 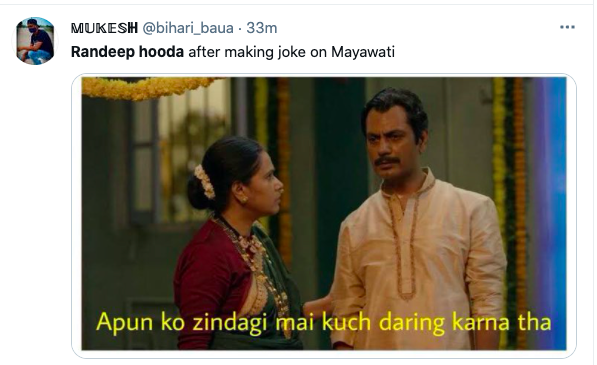 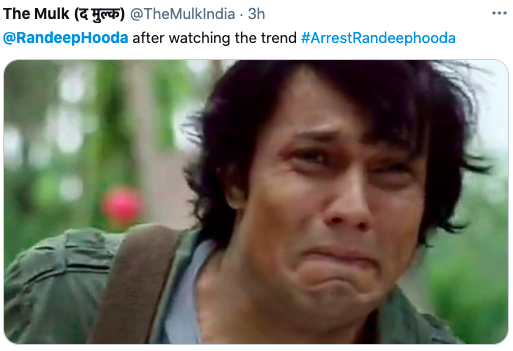 On the professional front, Randeep Hooda was most recently seen in the Salman Khan-starrer Radhe: Your Most Wanted Bhai. He played the antagonist alongside Disha Patani and Jackie Shrof in Radhe. The actor will next be featured in Inspector Avinash, a web series. Urvashi Rautela, Freddy Daruwala, Govind Namdev, Adhyayan Suman, Amit Sial, and others star in the cop thriller.