While launching the textbooks CM Pema Khandu said, “Saving language is preserving our culture and roots. Our root should not be forgotten and our unique identity should be kept alive.” 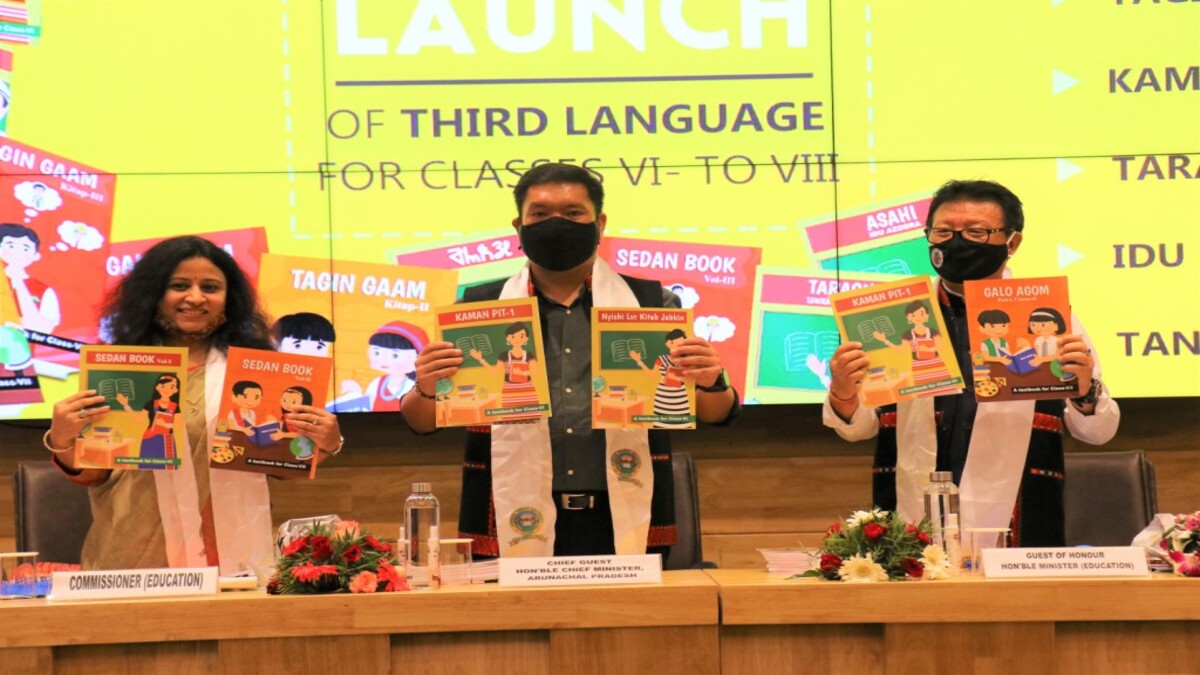 During the launching event, according to the EastMojo website, CM said, “Saving language is preserving our culture and roots. Our root should not be forgotten and our unique identity should be kept alive.”

The local languages covered in the books are: Nyishi, Wancho, Galo, Tagin, Kaman, Taraon, Idu and Tangsa. These books would be used as third language books for upper primary classes from the next academic session.

CM Pema said, “Most of our younger generation do not speak their mother tongue even at home. Having a local dialect textbook will not only help these children to learn their dialect but also to preserve it. And if we do not preserve it, who will.”

The CM further congratulated the State Council for Education Research and Training, and community-based organizations (CBOs) of these eight tribes for preparing the textbooks.

Vice President of Tangsa Script Development Committee Kamjai Taism said that the release of our local dialect books gives us a reason to celebrate. He said, “More than 600 languages in the country are on the verge of becoming non-existent. Nearly 250 languages have become extinct in the last 50 years. The release of our local dialects textbooks gives us hope and a reason to celebrate.”

Wanglung Mossang, a Tangsa script promoter, said, “Learning the local dialects will revive our forgotten folklores and the rich tribal songs and customs. In the absence of a written script, preserving these were becoming more and more difficult. Now we have hope of protecting, preserving, and promoting our unique tribal identity.”

Banwang Losu, a promoter of Wancho script, said, “We need to preserve them our local dialects. The release of these eight textbooks is the first step in that direction and it augurs well for the future.”

Arunachal Pradesh is a state with 26 major tribes and around 100 sub-major tribes, each having its own dialects.