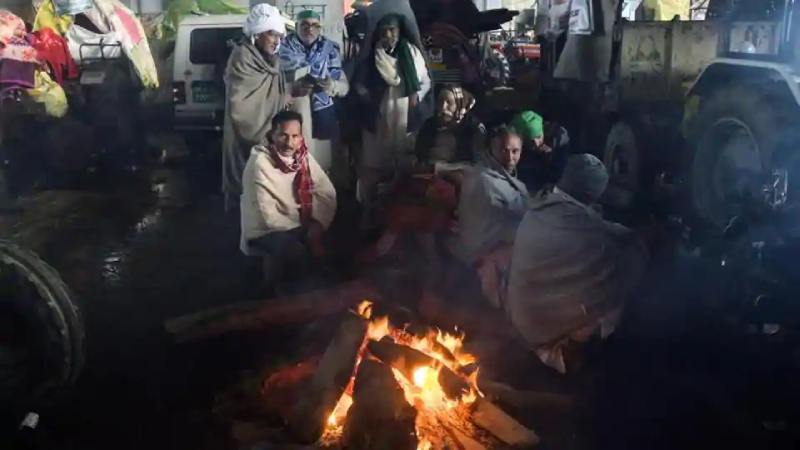 Farmers protesting against the Centre’s three agriculture laws on Wednesday burnt the copies of the acts at Singhu and Tikri border along with other protest sites, including in Ambala.

This development comes a day after the Supreme Court has put the farm laws on hold and passed an order to form a panel to negotiate talks between the farmers’ unions and the government.

In a press statement, the All India Kisan Sangharsh Coordination Committee (AIKSCC) said that efforts are underway to further increase the agitation and they are preparing for the  'Kisan Tractor Parade' on January 26 that would happen in all adjoining districts of Delhi.

One of the farmers' outfits spearheading the agitation, AIKSCC claimed that copies of the farm laws were burnt at more than 20,000 locations across the country.

The AIKSCC has also blamed the Centre for defrauding the Supreme court of India regarding the farmers’ protest.

"Lakhs of copies of the laws have been distributed among farmers. By doing this, we want to exert pressure on the Centre to take back these farm laws," said a protesting farmer at Singhu border.

In Kerala, Telangana and Andhra Pradesh, the 'Mahila Kisan Diwas' will be observed from January 23 to January 25 and in Odisha on January 23.

Bharatiya Kisan Union (BKU) leader Rakesh Tikait on Wednesday declared that the ongoing stir will continue until the farm laws are revoked.

Earlier, the protesting farmers had stated that they will celebrate Lohri by burning the copies of farm laws at all protest sites in the evening.

Farmers' leader Manjeet Singh Rai at a press conference at the Singhu border, said, "We will celebrate Lohri on January 13 by burning the copies of the farm laws.”