Thursday’s Kabul airport attack responsibility has been taken by the ISIS-K, a group known for being more extreme than the Taliban. 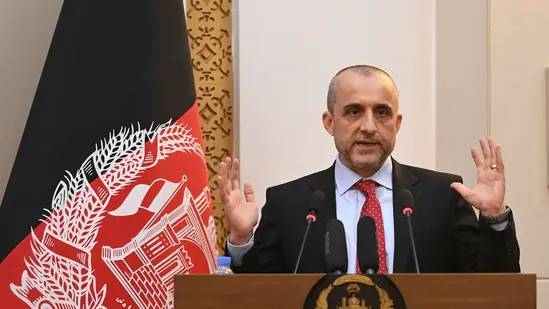 Afghanistan's self-proclaimed “caretaker” president Amrullah Saleh said on Friday that the Taliban refuting having links with the Islamic State-Khorasan Province (IS-K) and Haqqani network, especially the ones operating attacks in Kabul is just like Pakistan's refusal on Quetta Shura, a militant group believed to have grown its roots within the city in Balochistan soon after previous Taliban regime was hacked down in Afghanistan during late 2001.

"Every evidence we have in hand shows that IS-K cells have their roots in Talibs & Haqqani network particularly the ones operating in Kabul. Talibs denying links with ISIS is identical/similar to the denial of Pakistan on Quetta Shura. Talibs have learned very well from the master," Mr Saleh tweeted.

Mr Saleh had earlier accused Pakistan of establishing terrorist factories and agencies that supply explosives substances to the Taliban further encouraging disorder in Afghanistan and called Quetta Shura nothing but a title to execute its evil plans.

Also Read: Explained: What is ISIS-Khorasan & Why the world should start worrying about it?

Thursday’s Kabul airport attack responsibility has been taken by the ISIS-K, a group known for being more radical than the Taliban.

Sharing a message on its Amaq News Agency, the group claimed the explosion to have killed and injured some 160 and also included a photo of a man it saying it was a suicide bomber.

Reports have estimated more than 85 deaths, while the blasts have killed 13 US troops. The first blast occurred at the Abbey Gate in Kabul airport while the second took place near the Baron Hotel.

US President Joe Biden said the United States has got a basis to believe that the leaders of the IS-K terror group are behind the Kabul airport attack, meanwhile, vowing to not spare the bombers.

On the contrary, the Taliban has 'strongly condemned' explosions outside the Kabul airport, apparently refuting having any links with the hardline outfit that have carried the attacks.

Another Taliban spokesperson - Suhail Shaheen has said that the group will take measures "to bring culprits to justice".