Ashneer Grover, the founder of the billionaire financial technology company BharatPe and the judge of Shark Tank India, is known for his outspokenness. 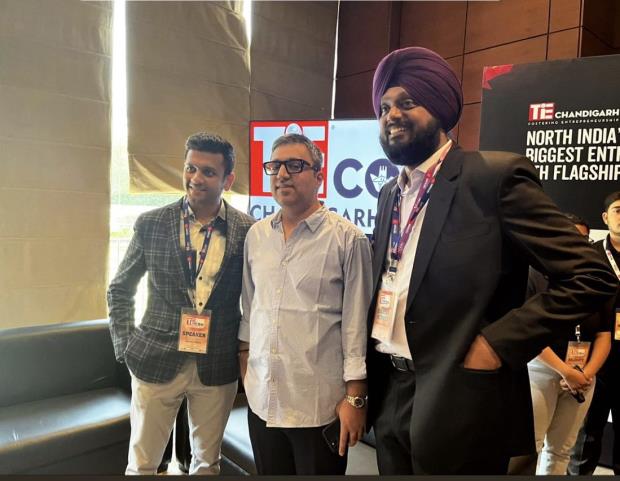 Ashneer Grover, the founder of the billionaire financial technology company BharatPe and the judge of Shark Tank India, is known for his outspokenness. When he came to Chandigarh on Saturday in connection with a program, he reached in a style.
When he was asked what he is going to do next after so many controversies, he said, "Someone had asked me the same question a few days back and I had given him the answer that why should I tell you."
He said ' I have become so much tu - tu main - me from people today that I do not want to go to investors again. Now for whatever work I will do next, I will raise funds by myself.
My whole emphasis will be on making that work profitable. He was giving success mantras to young entrepreneurs at the first session of Tycoon 2022 held at Hotel Hyatt here. Shortly before, he was evicted from BharatPe company on charges of financial irregularities.
Tips for a Startup
Go strong for two to three years, no idea should dream of turning into a unicorn all of a sudden. Research is necessary. Today people want instant success by leaving their jobs and starting a startup whereas it takes two to three years to take any startup forward. During this, you have to stay firmly fixed.
Also Read: BharatPe Salary Row: Ashneer Grover stole company's money Claims CEO
I came to know from the media that I have a table of 10 crores Ashneer admitted that he had to face the ill effects of being famous. After the success of the Shark Tank India show, I became a hot property for the media.
Once I came to know from the media that I have a dining table of 10 crores at my house. On a question related to abusing a banker on the phone, Grover said that unfortunately, media has become an easy medium to resolve all disputes today, but I do not want to get into all this.