The easing of border rules is expected to help alleviate labour shortage which is threatening to impede the economy's recovery. 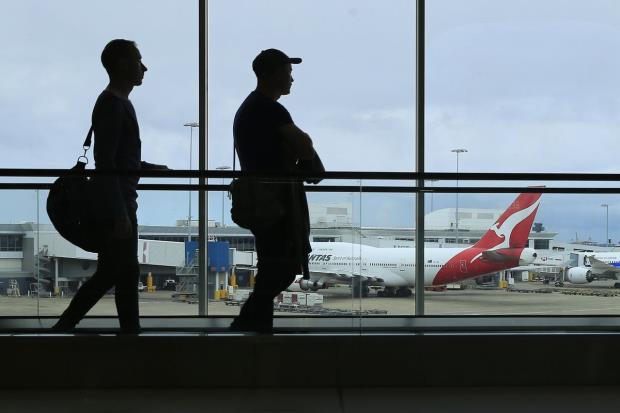 Australia has announced that the country will allow the entry of foreign travellers with valid visas. As per the announcement by Prime Minister Scott Morrison, Australia will allow foreign visa holders to enter the country from 1st December.

After a ban of over a year and a half, Australia is opening its international borders for the first time for foreign visa holders since May 2020. To combat the spread of COVID-19, only a limited number of citizens and permanent residents have been allowed to enter since then.

Fully vaccinated eligible visa holders, such as skilled workers and students, will be able to enter Australia from December 1, without having to apply for a travel exemption.

After 20 months of strict pandemic restrictions, Australia reopened its border to quarantine-free travellers on November 1. However, only Australian citizens and permanent residents were allowed to enter at first.

Because the backpackers who provide the seasonal workforce of pickers were unavailable, some Australian farmers left fruit and vegetables to rot in fields. Before the pandemic, backpackers were among Australia's most profitable visitors, spending 3.2 billion Australian dollars ($2.3 billion) per year. They also made up a significant portion of the seasonal workforce, according to Business Group Australia executive director John Hart.

Here are things you must know about Australia's new travel rules:

Also Read: Multiple people injured in US after car drives into parade

1) When pandemic restrictions are eased further next week, the Australian government expects 2 lakh vaccinated foreign students and skilled workers to return without being quarantined.

2) Beginning December 1, students and skilled workers will be able to fly into Sydney and Melbourne airports without having to apply for a travel ban exemption.

3) While vaccinated travellers will be able to enter Australia without being quarantined in New South Wales and Victoria, the country's two most populous states, parts of the country with lower vaccination rates will still be subject to pandemic restrictions at state borders.

4) The government has yet to make a decision on when general tourists will be permitted to return.

5) The vaccine rollout in Australia has accelerated, and m More than 85 percent of the population aged 16 and above are now fully vaccinated.

The return of foreign students, who contribute about A$35 billion ($25 billion) to the Australian economy each year, will be a major boon to the education sector.

According to government data, more than 235,000 foreigners, including about 160,000 students, had visas for Australia as of the end of October.

Many Australian universities have come to rely on international students, who account for about 21% of total enrolments, and the border closure has resulted in the layoff of hundreds of employees.

Many students who have been locked out of Australia have stated that if they are unable to begin face-to-face learning in 2022, they will transfer to another university.

The easing of border rules is also expected to help alleviate labour shortages, which are threatening to impede the economy's recovery.