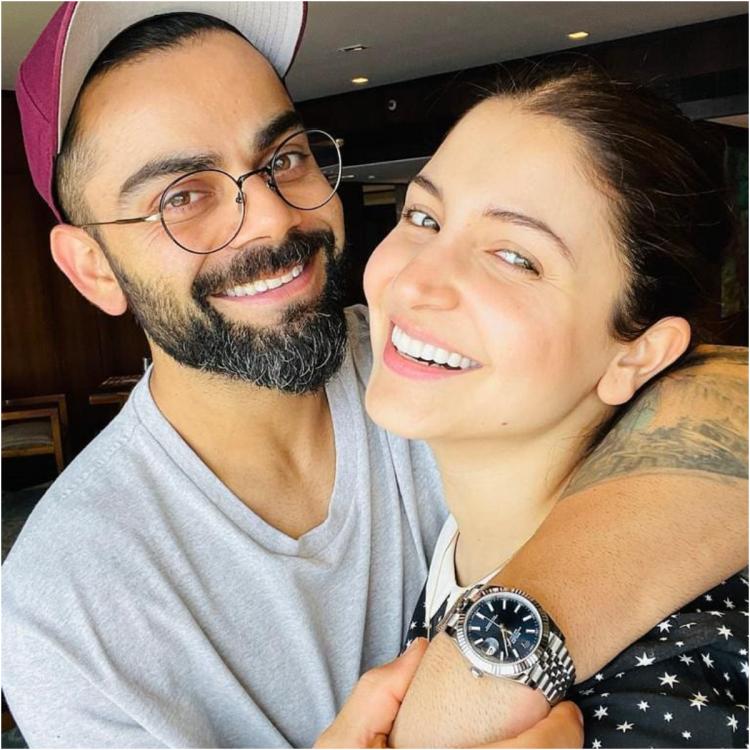 Fans of Virat Kohli and Anushka Sharma certainly were left surprised on Tuesday morning as the RCB captain dropped an adorable selfie with his wife on social media and left netizens in awe. Virushka returned to Mumbai last evening amid the ongoing Indian Premier League 2021 tournament and were snapped at the private airport with daughter Vamika.

Now that they've returned home, Anushka and Virat have taken a cute selfie to express their happiness, which has left internet users gushing. With their cute smiles in the selfie, the couple managed to light up the internet.

Virat posted a sweet selfie with Anushka Sharma on his Instagram account, in which they can be seen smiling away in each other's embrace.

Though Anushka was beaming with joy, Virat held to his baby mama with adoration, and the picture-perfect moment left fans speechless. Virat did not say anything in the caption, but he was all hearts for the adorable selfie he took with his wife, actress Anushka Sharma. Fans began commenting on Virat's selfie as soon as it was posted, calling the couple 'cute.'

A fan asked in the comment section, 'Why are you both so cute?' Another one wrote, "You are best couple."Anushka held her baby girl while Virat carried the bags in photos taken at the private airport on Monday evening.

Meanwhile, Virat and Anushka welcomed their first child, Vamika, into their lives in January 2021. The couple has successfully managed to keep their bundle of joy away from the limelight and social media. Anushka also resumed work for ad shoots this month, and was photographed on set by paparazzi. Virat is currently busy with IPL 2021 and is leading Royal Challengers Bangalore.