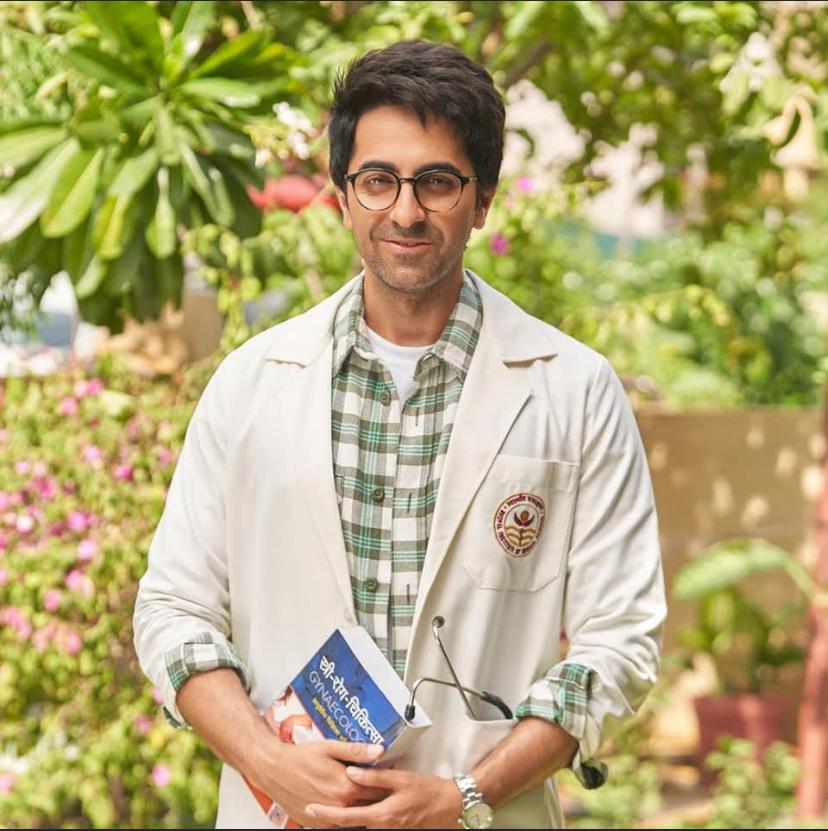 Ayushmann Khurrana, on Monday, July 19, revealed his first look as Doctor G. Dressed in a lab coat, a pair of black-rimmed glasses, and carrying a medical book and a stethoscope in his pocket, Ayushmann looks goofy. Team Doctor G began filming in Bhopal on July 14. The film stars Rakul Preet Singh and is directed by Anubhuti Kashyap.

In an interview, Ayushmann opened up about the film and said that he is looking forward to playing this role. “The subject of Doctor G is very close to me. Considering the lockdown restrictions, we all have been waiting to start the film and we are glad that the day has finally arrived. It’s an honour to portray a doctor on the screen for the first time. I am truly excited to start shooting the film also because it’s going to allow me to relive my memories of being a student and living the hostel life. I’m looking forward to collaborating with my director Anubhuti.”

The film has been written by Sumit Saxena, Vishal Wagh and Saurabh Bharat and also features Shefali Shah in a crucial role.

Also read: The Kapil Sharma Show is all set to return again on Sony TV with its new ‘fun-filled’ season

Ayushmann is an expert in choosing films, the photo has been liked by more than 2.5 lakh people in just 30 minutes and in the comment box, all the celebrities and fans have praised this look of Ayushmann Khurrana. Let us tell you that Ayushmann Khurrana chooses his films very beautifully. Till now not a single film of his has been a flop and this is the reason why fans are eagerly waiting for his every film.