Hina Khan and Shaheer Sheikh have collaborated on-screen for the first time in their music video Baarish Ban Jaana, and fans are enjoying it.

Payal Dev and Stebin Ben sing a monsoon melody called Baarish Ban Jaana. Aditya Datt directed the song, which tells the story of two actors meeting for the first time. It demonstrates how, even after the break-up, the couple is unable to live apart and so realise their love for one another. See Video here. 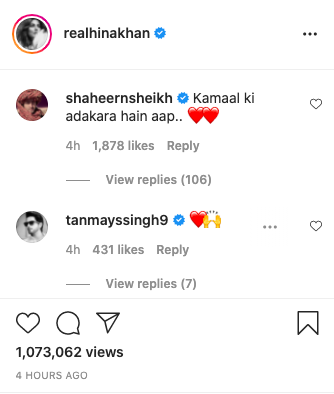 Aside from the scenery, Hina Khan and Shaheer Sheikh's on-screen interaction adds to the song's charm. Hina Khan took to social media after the song's release, tweeting a sample from it and writing,  ”#BaarishBanJaana ab hua aapka! Go watch it now on the @vyrlorigianls YouTube channel ⁣and shower all your love on it.” Shaheer took to the comment section dropping heart emojis and wrote, ”Kamaal ki adakara hain aap.”
Also Read: Amitabh, Jaya Bachchan 48th Wedding Anniversary: Did you know How London Trip became their Honeymoon trip?

Hina Khan and Shaheer Sheikh's romance is a hit with fans. Several admirers praised Hina and Shaheer's chemistry on Twitter, saying that they "nailed it." 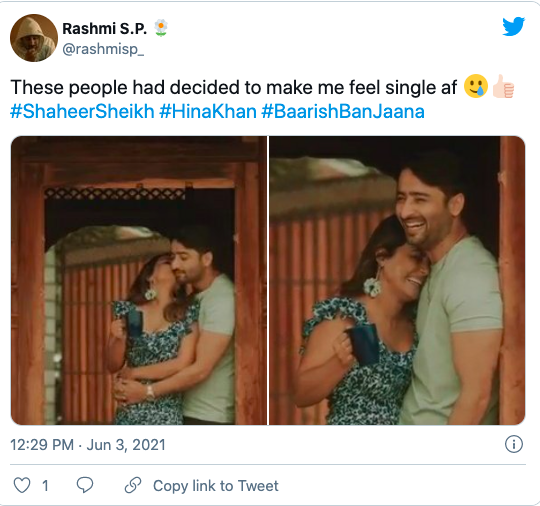 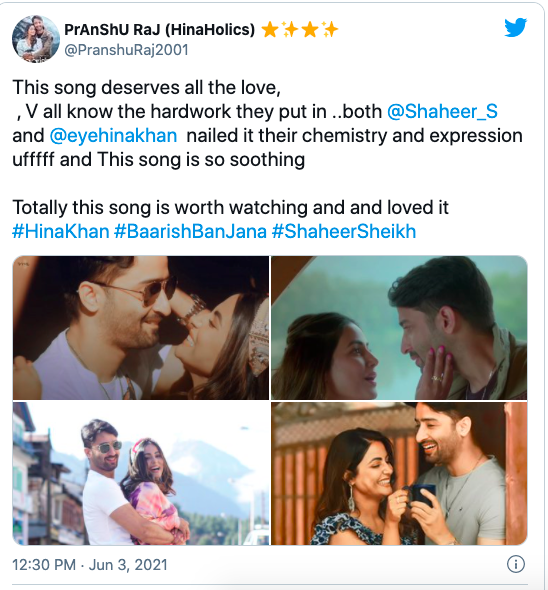 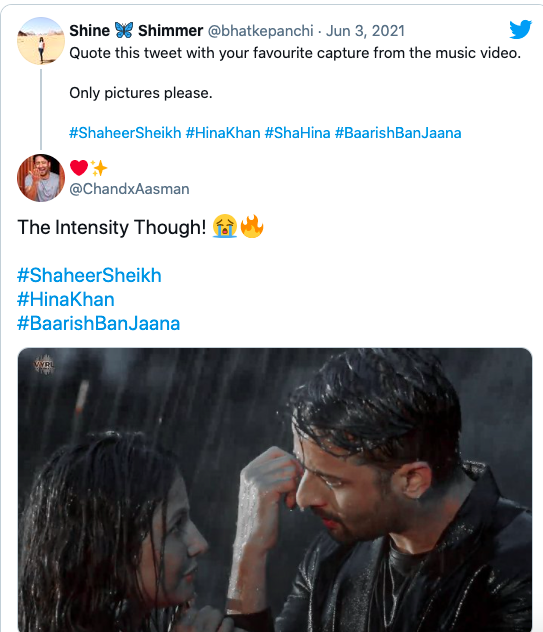 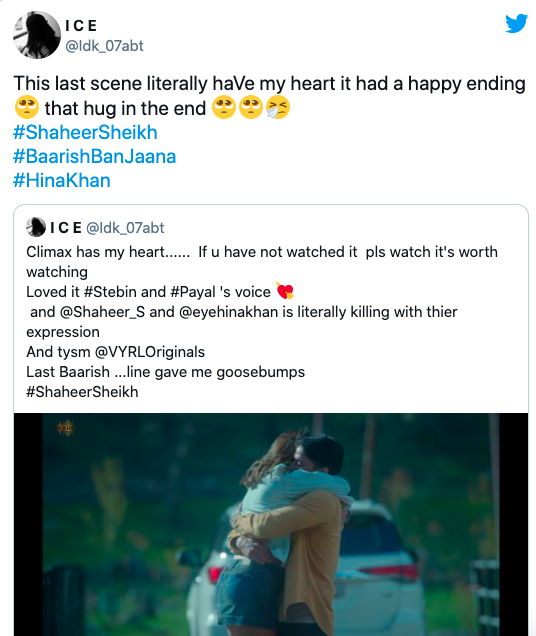 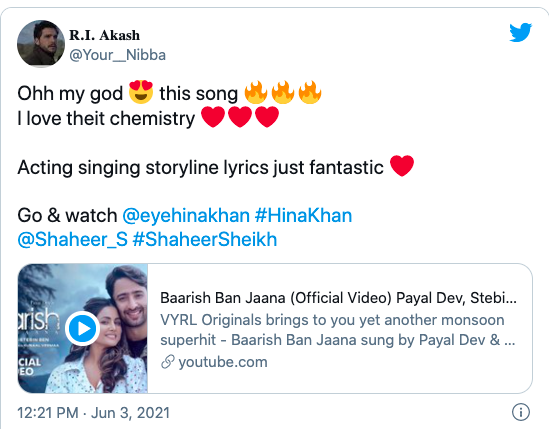 Fans wrote, ”Such a beautiful song! Loved every bit of it and #ShaheerSheikh and #HinaKhan you guys were amazing as usual..and also how well it was shot.”
Shaheer was most recently seen in the song video Ab Kya Jaan Legi Meri, which also starred Rashami Desai. His show Kuch Rang Pyaar Ke Aise Bhi will return for a third season. The release date for the same is yet to be determined.