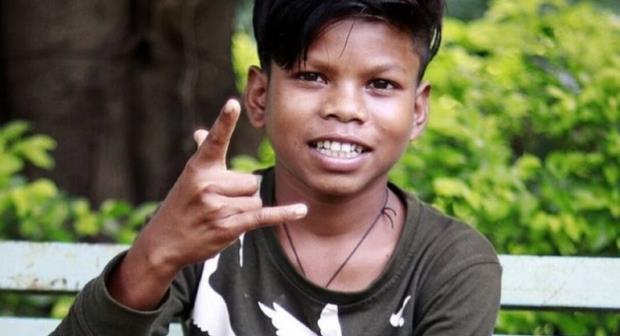 Overnight viral 'Bchapan Ka Pyaar' boy Sahdev Dirdo met a bike accident on Tuesday evening. The boy was reported critical as he suffered a head injury. Sahdev was admitted to Medical College Jagdalpur for his treatment. He remained unconscious for around 5 hours.
After the news of Sahdev's accident, the Internet was flooded with prayers. 'Bachpan Ka Pyaar' boy is very close to Badshah as they worked on the music album together. On the day of the accident, Badshah took to his Twitter account and post a Tweet, "In touch with Sahdev's family and friends. He is unconscious, on his way to the hospital. Im there for him. Need your prayers."

Sahdev received his treatment from Medical College Jagdalpur. Dirdo regained consciousness and was declared out of danger by the doctors.

His health updates were shared by Badshah on his Twitter. He wrote, "Sahdev is better now and has regained consciousness. Will go to Raipur to see a good neurosurgeon. Thank you for your prayers."
Also read: Jersey: Shahid Kapoor to reduce his fees; Read here to know the reason
He got overnight fame from his viral video in which he was singing the old Bollywood song 'Bachpan Ka Pyaar'. Then famous singer and rapper Badshah collaborated with Sahdev and released the remix of the same song along with Aastha Gill.
The fans are praying for his fast recovery and sending blessings. The singer is sharing regular health updates of Sahdev from his Twitter account.