Jersey: Shahid Kapoor to reduce his fees; Read here to know the reason

Shahid Kapoor's Jersey has landed into another trouble. 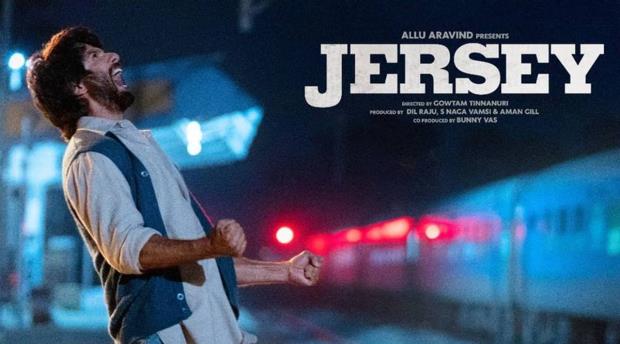 Shahid Kapoor and Mrunal Thakur starrer Jersey got a hit from the pandemic. The producers of Jersey announced that the movie is no longer going to release on 31 December. Due to the pandemic, states are putting restrictions on mass gatherings, as a result of it Delhi Government has also shut down the cinema halls in the Capital of the country.
The 'Jersey' team hosted a meeting and decided to release the movie on OTT platforms on which the actor is not happy. He wants the movie to be directly released in theaters. Shahid charged Rs. 31 crores for the movie. He said he is ready to deduct his fees if the budget is affected by the delay in release. The movie is extremely close to the actor's heart.
The team is discussing giving the film to Netflix for the premiere since it is not clear when the covid situations will get better. The cases are increasing in the country as a result; the states are imposing shutdowns in crowded places. Back in the year, many big cinema release movies shifted to OTT due to the pandemic.
Shahid said that Jersey deserves a theatrical release. The actor is ready to reduce his acting fees if the film's budget is facing troubles due to delay. He said, "If the budget escalates by   Rs. 5 crores, he will reduce Rs. 5 crores from his fees. If the budget is escalated by Rs. 10 crores, he will let go of Rs. 10 crores from his fee."
Also read: Saif Ali Khan wraps up second schedule of Vikram Vedha in Lucknow
The producers have agreed to delay the release of the film and that's why they do not rail the film on the OTT platform. The movie was initially scheduled to release in 2020 but due to a pandemic, it was postponed by Diwali and then again delayed to 31 December. And adding to its delay the movie is now again postponed for the third time. The new releasing date of the movie is not disclosed yet. The makers are waiting for the pandemic situations to get better so that the movie can be released in theaters.