Wing Commander (now Group Captain) Abhinandan received the award at the Defence Investiture Ceremony on Monday at the Rashtrapati Bhawan. 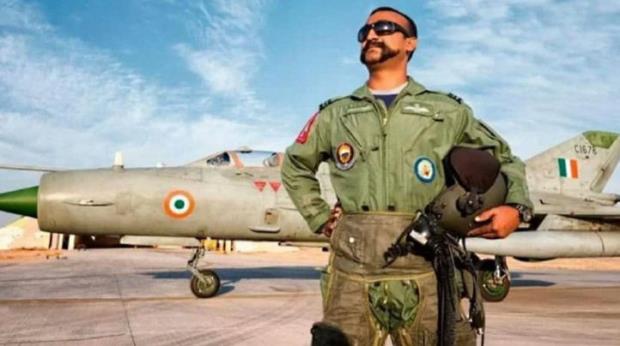 Group Captain Abhinandan Varthaman was awarded the Vir Chakra on Monday, November 22, by President Ram Nath Kovind at an investiture ceremony for shooting down a Pakistani F-16 fighter aircraft in February 2019.

Abhinandan is credited to have been the only Mig-21 pilot ever to have shot down an F-16.

The Indian Air Force earlier promoted Abhinandan to the rank of Group Captain.

He shot down an F-16 over Pakistan-occupied Kashmir during India's Balakot air strike but was taken captive by the Pakistan Army after his plane was shot down by enemy forces. Abhinandan was a Wing Commander back then.

Amid the fight between the two fighter planes, Abhinandan Varthaman brought down a Pakistani F-16 fighter jet in aerial combat, after which his aircraft was shot down by the Pakistani Air Force. He had landed in Pakistan occupied Kashmir (PoK) and was taken into custody by the Pakistani Army.

Abhinandan was part of the Srinagar-based 51 squadron and had flown to thwart an aerial attack launched by the Pakistanis on February 27, 2019.

India had launched an aerial strike on Pakistan's terrorist facility in the Khyber Pakhtunkhwa area run by the Jaish-e-Mohammed (JeM) on February 26.

Abhinandan's style of moustache has become popular in India and is widely called the "Abhinandan cut". The style is similar to a combination of old gunslinger moustache and mutton chops worn by Franz Joseph I of Austria. It resembles the moustache worn by actor Suriya in the Singam film series and Rajinikanth's moustache in Petta (2019).