Rohit Sharma is only the second batter in T20I history to have 150 sixes. MJ Guptil of New Zealand ranks first on the list with most sixes – 165. 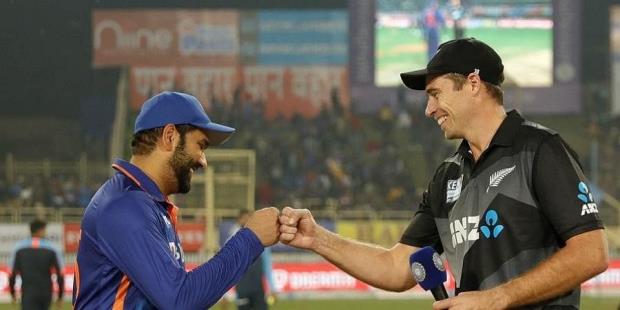 It is the third consecutive victory for captain Rohit Sharma and his team. For the third time in a row, Indian skipper Rohit Sharma won the toss and elected to bat first on the flat pitch of Eden Garden in Kolkata. Rohit and his opening partner Ishan Kishan got the hosts off to a flying start, throwing caution to the breeze and unleashing a brutal onslaught on New Zealand's pace attack.

Rohit blasted three tremendous sixes in the powerplay and the last of which brought him to 150 sixes in T20 internationals.

Team India gave a target of 184/7 in 20 overs and New Zealand needed 185 for the win. But the team failed to chase the runs because of the early wickets, Mitchell got dismissed by Axar Patel in the 3rd over of the second innings and new batter Chapman got out on zero in the same over.

Kiwis were back to the pavilion in the 17th over and India won the match by 73 runs! This is India's biggest victory over New Zealand (by runs).