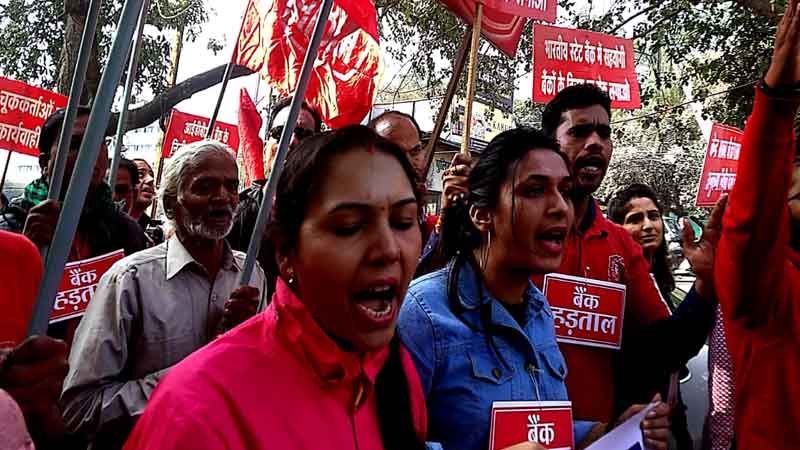 Banking services were partially hit in Gujarat on Wednesday due to the nationwide strike called by 10 central trade unions to protest against the Central government's "anti-labour" policies.

Transport services are absolutely normal across the state while offices of various business establishments also remained open. Although trade unions claimed that factory production was hit in many parts of Gujarat, industrialists said it was business as usual.

As a result, some nationalised banks are either shut or are only partially functional, he added.

However, the strike has had no impact on the operations of the State Bank of India, Indian Overseas Bank and Bank of Baroda in the state, as a majority of the employees of these banks are associated with other unions, which have not joined the strike, he said.

While some employees of Life Insurance Corporation (LIC) joined the strike, operations were running smoothly in all the major offices across Gujarat, a senior LIC official said.

Meanwhile, leaders from the farming community stated that farmers have also stayed away from the Bharat bandh. "Hardly any farmer or any organisation working for them have joined the strike," Sagar Rabari of Khedut Ekta Manch said.

Senior trade union leader Amrish Patel claimed that industrial production was hit in the state due to the strike.

However, industrialists have refuted the claim.

"I have not come across a single incident of strike today. All factories and services are running without any interruption in Gujarat. Strike has not impacted businesses," said Bhavesh Lakhani, executive committee member of Gujarat Chamber of Commerce and Industry.