The incident took place during the protest organised by NSUI, the students' wing of the Congress, outside the office of the RSS-affiliated ABVP in the city's Paldi area 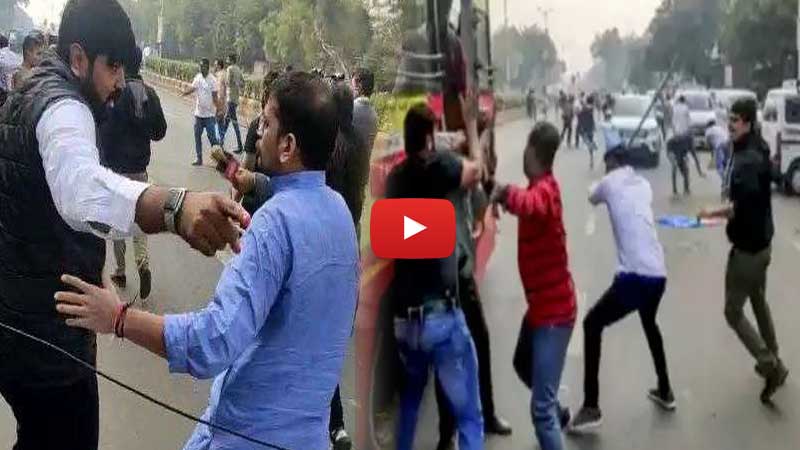 Members of the Akhil Bharatiya Vidyarthi Parishad and its rival National Students' Union of India clashed on Tuesday during a protest against the JNU violence, leaving over 10 people injured.

The incident took place during the protest organised by NSUI, the students' wing of the Congress, outside the office of the RSS-affiliated ABVP in the city's Paldi area.

Also Read: Hindu Raksha Dal claims responsibility of attack in JNU says the university is hotbed of anti-nationals, our workers attacked them

The police later rushed to the spot and brought the situation under control, an official said. Both the student bodies alleged that sticks and stones were used to attack each other, and claimed more than five members each from the two sides were injured in the clash.