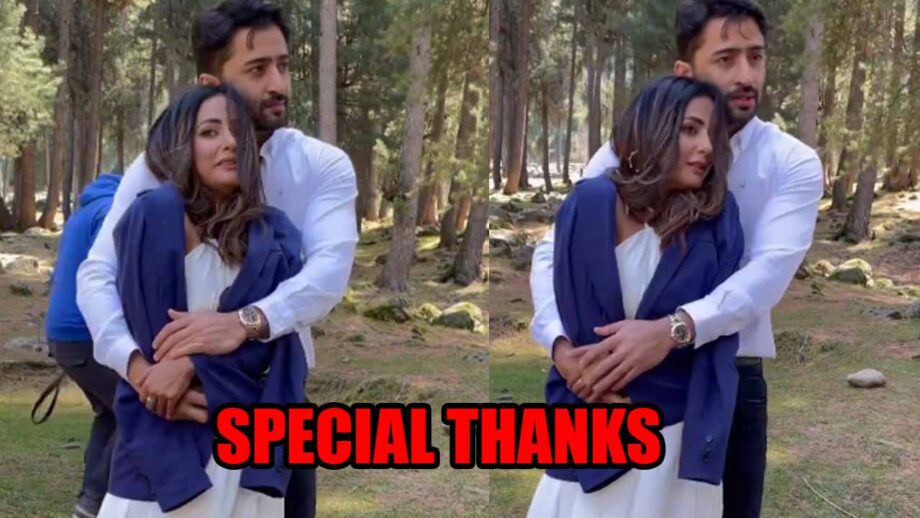 Hina Khan and Shaheer Sheikh, two of the most popular Telly actors, have teamed together for a new single named Baarish Ban Jaana. Previously, the duo's photos had sparked interest after Shaheer and Hina, who play the leads in the film, released a BTS still of them filming in Kashmir for the same.

That's not all; following the release of the first poster, fans showered admiration for the duo and exhibited their affection by making the song trend on Twitter. Now, Hina has taken to Instagram to share a love BTS video with Shaheer Sheikh, and Ekta Kapoor has left a hilarious comment. 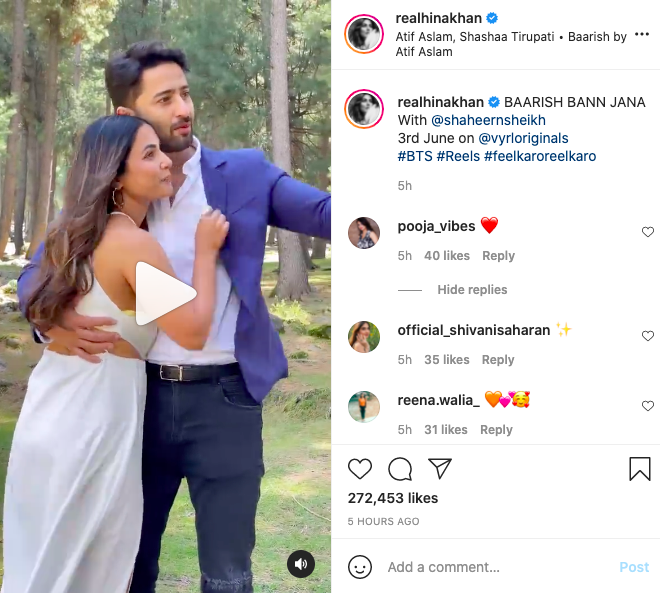 In the video, Hina is dressed in a lovely white gown, while Shaheer is clad in a blue suit. The song Baarish by Arjun Kapoor and Shraddha Kapoor was used to accompany the video.

Following the viewing of the video, Ekta teases on her private account,  ‘Uski biwi ka gana hai’ (it is his wife’s song.)

Also Read: ‘Fanception’: Kartik Aryan goes down on his knees for a female fan amidst loud cheer

The actress is releasing several BTS videos ahead of the song's debut, which is further adding to our excitement. She recently released a video of Hina and Shaheer trembling in Kashmir's subzero temperatures. 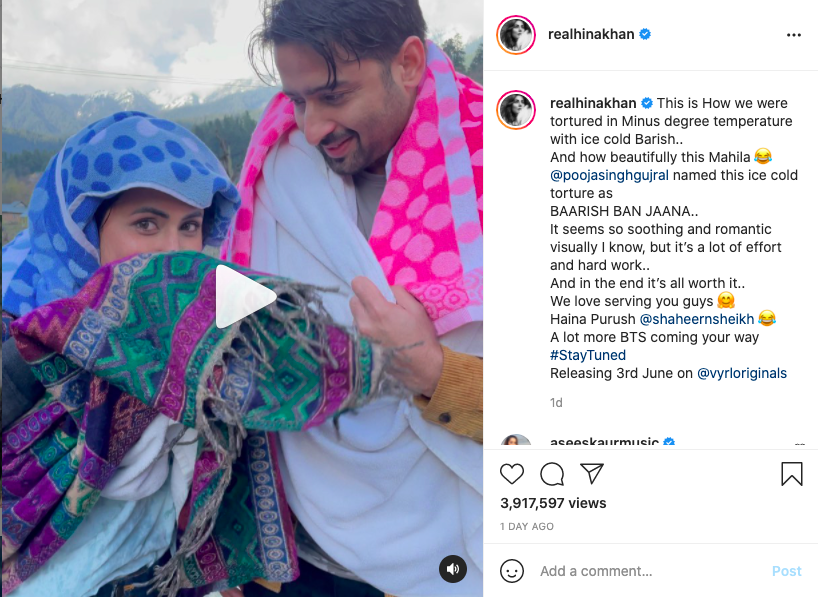 She wrote in the video's caption, “This is How we were tortured in Minus degree temperature with ice cold Barish.. And how beautifully this Mahila @poojasinghgujral named this ice cold torture as  BAARISH BAN JAANA.. It seems so soothing and romantic visually I know, but it’s a lot of effort and hard work.. And in the end it’s all worth it.. We love serving you guys Haina Purush @shaheernsheikh A lot more BTS coming to your way #StayTuned  Releasing 3rd June on @vyrloriginals”. 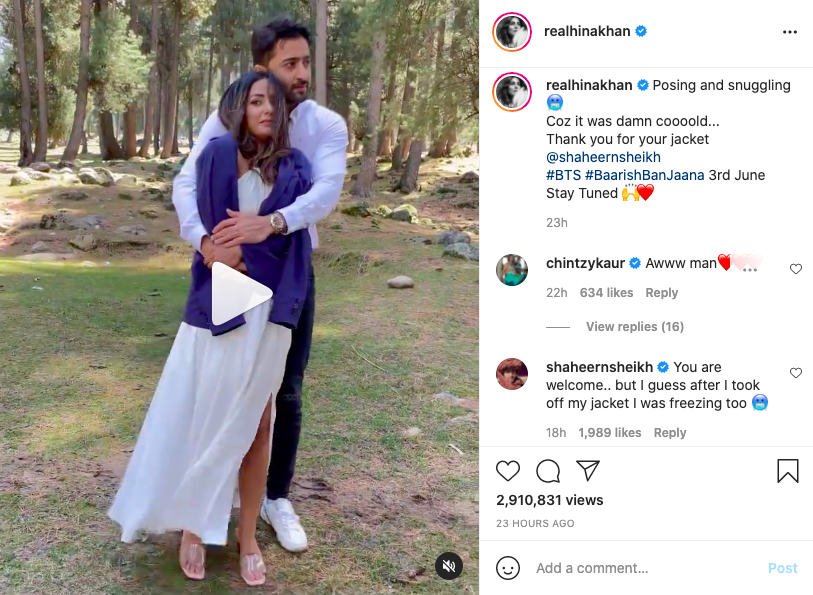 The Kuch Rang Pyar Ke Aise Bhi actor Shaheer Sheikh also reacted to her video and said, ‘You are welcome.. but I guess after I took off my jacket I was freezing too.