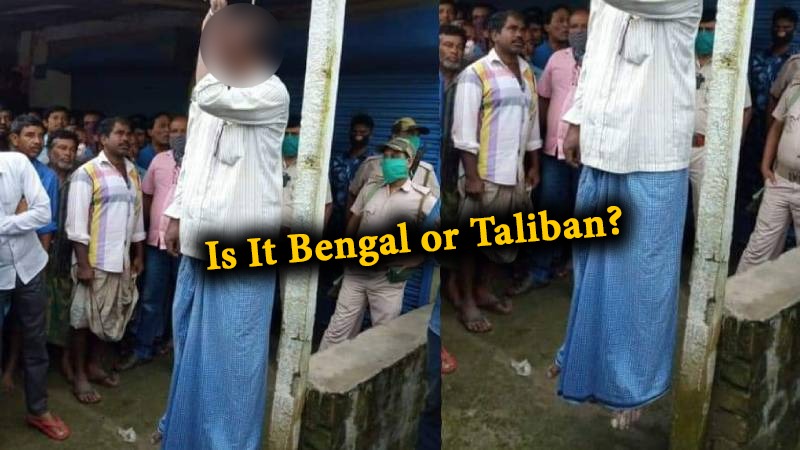 A Bharatiya Janata Party (BJP) Legislator in West Bengal was found hanging in his village in North Dinajpur district on Monday.

The incident happened at Bindal in Hemtabad area. MLA Debendra Nath Ray, who had joined the BJP in 2019, was found mysteriously hanging a few meters away from his home near a local market.

Earlier, he was elected on a CPI-M ticket in 2016. The family members of Ray, however, alleged that he was murdered for his political affiliation and have demanded a thorough probe into the matter.

State BJP leaders said that people are of the clear opinion that he was first killed and then hung in his village. "His crime was that he joined the BJP in 2019," West Bengal BJP tweeted.

Senior state BJP leader Sayantan Basu said: "If an elected MLA is not safe in Bengal, what will be the safety for common people here? We will demand a Central Bureau of Investigation (CBI) probe into the matter. There is no law and order in the state."

North Dinajpur district Trinamool Congress leader Amal Acharya dubbed it as a 'sad incident'. "I came to know about it this morning. I am deeply saddened. He was a good man. I would urge the police administration to investigate the matter and punish the real perpetrators. This is absolutely uncalled for and whoever is guilty should be immediately punished, irrespective of any political colour," Acharya said.