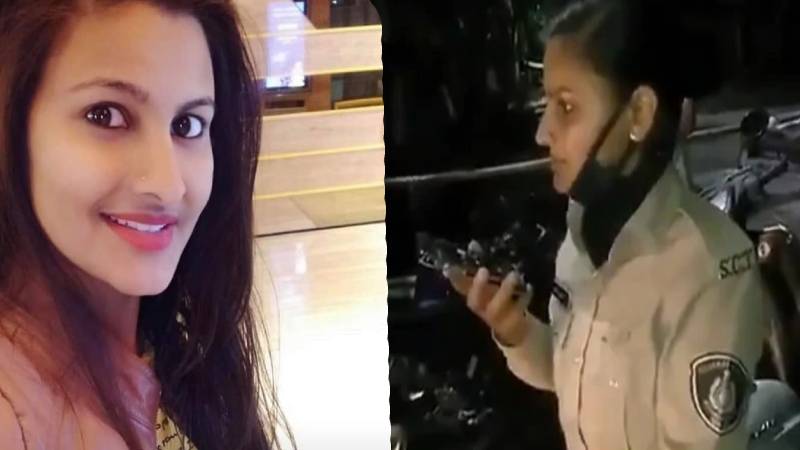 India and the VIP culture are the two sides of the same coin, this saying turned into reality when a woman constable in Surat stopped Gujarat's Minister of State for Health Kumar Kanani’s son, Prakash, and two of his friends — Dushyant Godhani and Sanjay Kakadia for violating lockdown norms.

Woman constable Sunita Yadav found them breaking night curfew rules and not wearing masks at her checkpoint and they threatened her when questioned. The entire incident was filmed. Sunita Yadav, resigned from her post when departmental action was initiated against her following her altercation with a minister's son. The VIP culture needs to RIP just the way COVID is killing people. She tried to stop people who broke the curfew but just because they were high profile people - it backfired on her as there was an inquiry on her. Meanwhile, the minister claimed that his son was on his way to the civil hospital as his father-in-law was undergoing COVID 19 treatment, and was critical when he was stopped by the constable.

"He requested her to let him go. She argued why the vehicle had 'MLA' written on it. He said it was his father's vehicle. Yadav from Varachha police station was posted on a bandobast duty when the alleged incident happened around 10.35 pm near Mini Bazar in Varachha area.

Finally, son of a Gujarat minister and two of his friends were arrested in Surat on Sunday for violating lockdown norms and curfew rules imposed in the city due to the surge of Covid-19 cases. The three were later released on bail.