Besides Preity Zinta, these B’wood celebs opted for surrogacy for children

From SRK to Zinta, here are Bollywood celebs who welcomed their children into the world via surrogacy. 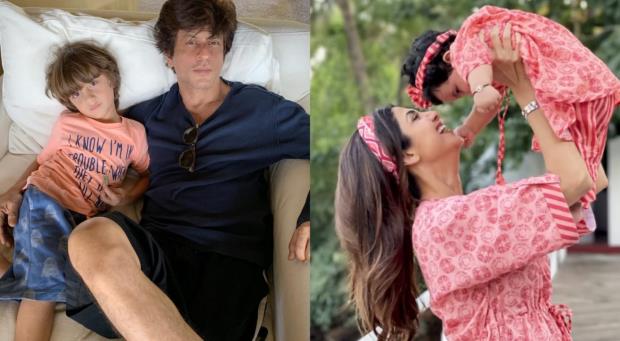 Bollywood actor Preity Zinta today, took to Instagram to announce the birth of her twin children with Gene Goodenough.

Further, she added, 'We are very excited about this new phase in our lives. A heartfelt thank you to the doctors, nurses and to our surrogate for being part of this incredible journey. Loads of love and light - Gene, Preity, Jai & Gia #gratitude #family #twins #ting.’

This is not the first time someone in Bollywood opted had opted for surrogacy to have children.

The practice is quite common, safe and the first choice of many across world. And, no. Surrogacy does not impact parents’ bond with their children.

Busting all the myths and stigma, here are Bollywood celebs who welcomed their children into the world via surrogacy.

In May 2013, SRK and Gauri Khan welcomed their third child, AbRam Khan, via surrogacy. AbRam, in no time, became paparazzi favourite and social media went crazy with photos of the star kid doing anything.

Bollywood diva Shilpa Shetty and her husband businessman Raj Kundra were blessed with a daughter on 15th Feb 2020.

The couple, who already have a son named Viaan, decided to have their second child through surrogacy.

After her brother welcomed a child through surrogacy, director-producer Ekta Kapoor also opted for the same method.

She was blessed with a baby boy in January 2019. The boy's name is Ravie Kapoor

In February 2017, Karan Johar was blessed with twins- Roohi and Yash Johar. The Bollywood director had opted for surrogacy after deciding to be a single parent.

Actor Aamir Khan and his wife opted for surrogacy Kiran suffered a miscarriage and uterine complications. They welcomed their son Azad and were among the first few celebrity couples to go public about their decision to opt for surrogacy.

Last but not the least, Bollywood actor Sunny Leone and her husband Daniel Weber welcomed their twin boys Noah and Asher through surrogacy.

On March 5, 2018, Weber announced the news to his fans via social media. He also gave a sneak peek at their twins.

Months before welcoming their sons, the couple had adopted a baby girl Nisha.