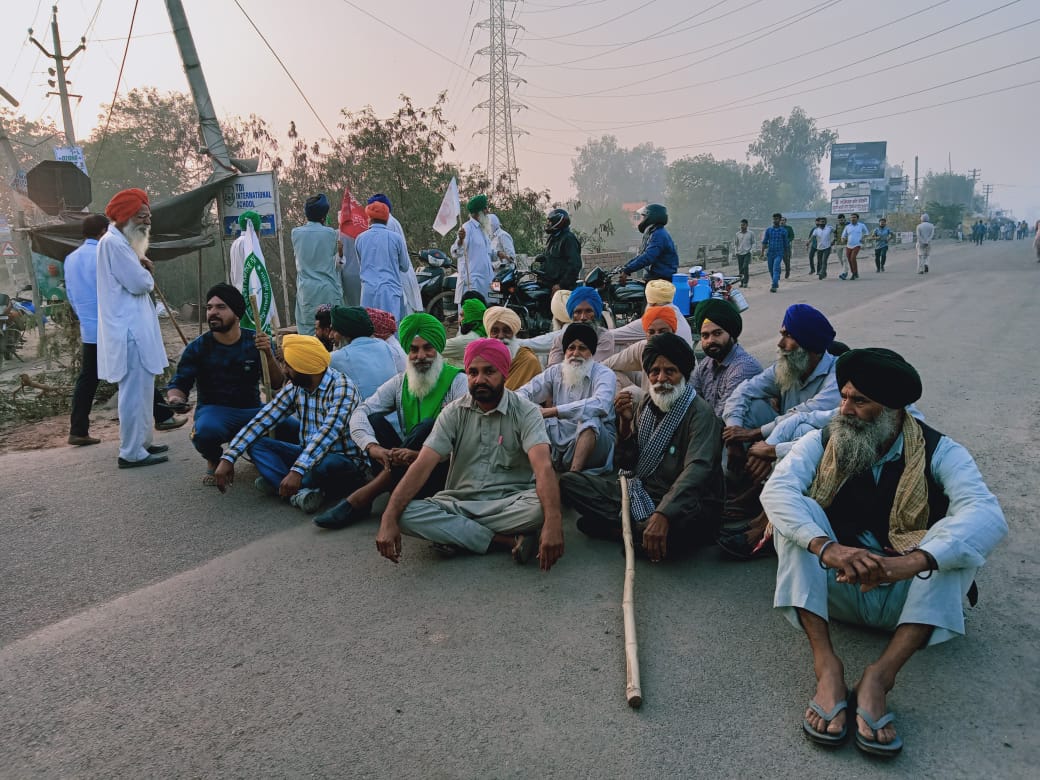 The nation-wide bandh call given by the Farm Organizations today to mark the four months of the farmers’ agitations against the three farm bills received an overwhelming support from the residents of Punjab. Rail and road transportation services were badly hit in almost all districts of Punjab as farmers, farm labourers, and trade unions and among other activists who gave their support to the Bandh Call squatted on railway lines, national highways and on other prominent locations in the cities.

Roads in Jalandhar wore a deserted look as very few people came out of their homes and most of the markets remained closed. At some places, the protesters forcefully got the telecom offices, shops and banks closed. There was also barricading done at some spots in Jalandhar using cars, tractors etc. At some locations, the residents complained that the protesters didn’t allow them to pass through for medical emergencies and that they were harried a lot while finding alternatives routes to their destinations.

There was minimal traffic on the main PAP chowk and other locations in the city, however, reports were received that at Phagwara railway station, the train Sachkhand Express was stopped. Meanwhile, there were no reports of any untoward incident in the city and nearby area till 4 pm.

A group of youngsters on cars and tractors took out a rally-cum-tour of the city in order to ensure complete closure of shops in the city. They visited road to road; markets to markets to check whether all the premises were closed.  In Model Town area, scores of youngsters under the leadership of youth leaders, stood at various points holding placards in hands having slogans ‘No farmers, No food’, to express their fulsome support to the farmers. 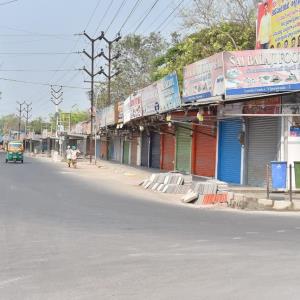 Hardik Verma, a final year Bcom student, who was spotted doing a Facebook live at the PPR Mall, here, said, “I do not belong to any political party or organisation, I am here for the ‘Annadata’ (farmers) of our state. I, along with a few of my friends, decided to participate in the protests today with the sole motive of making the city residents aware of the plight of farmers in the state via social media,” he said, adding that despite all the odds, the farmers are out on roads in Delhi and the centre government seems least bothered.

Are we actually living in a democratic country? Hardik questioned this correspondent saying the fact is farmers are not protesting just for their rights, rather, these laws are harmful for every citizen of India, and it will force us to buy even the cheapest farm produce in almost four times of the cost of its production.

In Ludhiana and Amritsar

The farmers under the banner of Kisan Mazdoor Sangharsh Committee protested bare-chested against the three farm laws in Amritsar. The protesters reportedly blocked the Amritsar-New Delhi railway track, the Jodha Phatak in Vallah, Amritsar-Jalandhar GT, Lawrence road, railway station and bus stand road while raising slogans against the Modi-led Centre government, and demanding immediate withdrawal of the three farm laws.

Similar was the situation in Ludhiana, where protesters in huge numbers blocked roads and railway tracks. The markets also remained closed in Ludhiana.

In Delhi and UP

There was no much impact of the Bharat Bandh in the national capital and in majority of the districts in Uttar Pradesh. Only a few districts in western Uttar Pradesh witnessed Bandh like situation. Rickshaws, buses and private vehicles plied in South Delhi without any hindrance.