'Bhoot Police' has arrived on the OTT platform Disney+ Hotstar on September 10, 2021. 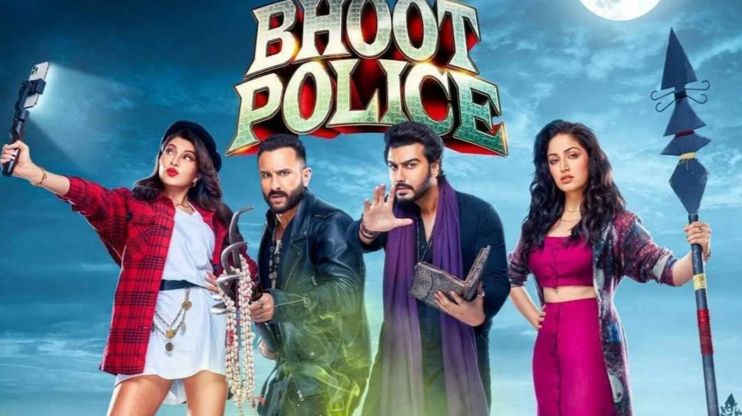 Ever since the trailer of 'Bhoot Police’ Saif Ali Khan and Arjun Kapoor in the lead roles were released, it has been in the news. Now this film has been released on the online platform Disney Plus Hotstar. Apart from Saif and Arjun, the film stars Yami Gautam and Jacqueline Fernandez in the lead roles.

It’s a horror-comedy movie. It makes the audience laugh and scare at the same time. Director Pawan Kriplani, who has made a career in the horror genre (Ragini MMS, Darr @ The Mall and Phobia) tries his hand at something different. Bhoot Police tackles the subject of whether ghosts exist or is it just the superstition and ‘andhvishwas’ of people. The film fairly succeeds in doing so but succumbs to the limitations of a horror-comedy.

The story of the film was good but was treated really bad. Jamie Lever, daughter of Johny Lever has done a great job in the movie. Her comic timing was really appreciable. The only reason to enjoy the movie was Jamie Lever.

Bhoot Police has arrived today at OTT platform. While some viewers seem to be happy with the movie, some seem to be disappointed with its script.

It currently has an IMDb rating of 7 on 10. With the benchmark that Stree, directed by Amar Kaushik, has set for us, it is difficult to accept just any other horror-comedy. Bhoot Police has an exciting storyline on the surface, but it feels patchy in parts and misses both horror and comedy in most of its scenes.

The only thing about Bhoot Police that makes it worth the watch is that you can watch it on your TV screens. It’s strictly for the fans of its stars.