Bigg Boss 15: Ieshaan Sehgaal and Miesha Iyer fell in love with each other in Bigg Boss house and are now setting serious relationship goals for all.

Miesha Iyer and Ieshaan Sehgaal take their relationship to next level; couple leaves from Mumbai to meet latter's family 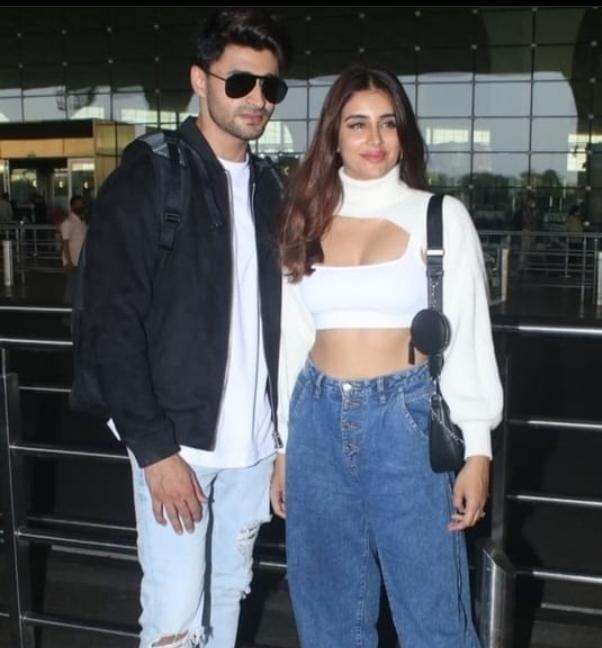 Miesha Iyer and Ieshaan Sehgaal who fell in love with each other in Bigg Boss 15 house were recently spotted at the Mumbai airport. As per the video shared by The Khabri, the handsome hunk revealed that they are going to meet his family and spend some quality time with them. It looks like Miesha and Ieshaan are pretty serious about their relationship given that he is introducing his girlfriend to his family members.

This comes after Miesha penned a long note comparing their affair with that of Karan Kundrra and Tejasswi Prakash's connection. On her Insta stories, she penned a hard-hitting note that read, "Two people fall in love in the first week, it's Fake. Two people fall in love after a month, it's True. (Sadly feelings don't come with an instruction manual) Two people express their love without any inhibitions, it's Vulgar. The other two people have the same display of affection, but now it's CUTE. Two people being each other's priority in a "GAME SHOW", they have made it a "DATING SHOW".

The other two people doing the exact SAME THING, are playing a wonderful game. So now should they get nominated for the same reason that they wanted to nominate the two people" or the rules have changed??? P.s. asking for a friend."