Bigg Boss 15: Tejasswi Prakash hits out at Vishal Kotian for using 'Maal' word for her

Tejasswi Prakash takes a strong stand against Vishal Kotian calling women 'Maal'; says, 'You can't call me a maal, it is not the right word' 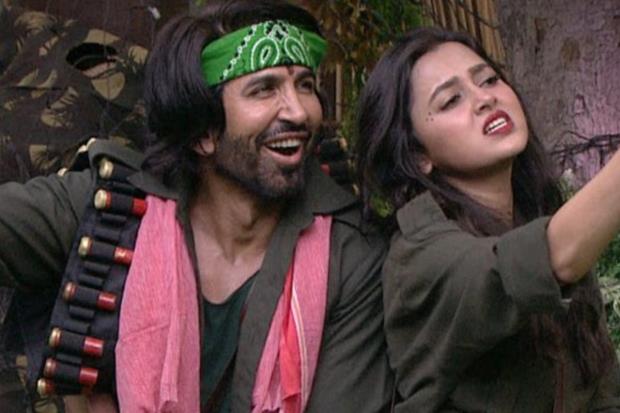 Bigg Boss 15 had a press conference over the weekend. In the segment, Vishal Kotian got a lot of flak. His statement on Raqesh Bapat and Shamita Shetty's relationship, "Lamba Haath Maara Hai" was criticized by one and all. Besides, he also got called out for using the word "Maal" for ladies like Shamita Shetty and Neha Bhasin.

In the evening, we will see Karan Kundrra, Tejasswi Prakash and Vishal Kotian having a discussion. Vishal Kotian says "Maal" is not a derogatory word, and he often uses the term while talking to Neha Bhasin and Shamita Shetty. Karan reminds him that he cannot refer to Teja as his own Maal. But the young actress was super miffed and gave Vishal a piece of her mind then and there.

Tejasswi Prakash was heard telling Vishal Kotian as they were seated on the couch, "You can't call me a maal. It is not the right word. You can't objectify a girl. Don't say that. It is extremely objectifying a girl. I am telling you both very politely, don't say that word, it will take me only a second to lose it. Don't justify." Karan Kundrra who was earlier on the side of Kotian agrees that Tejasswi is correct in her view.

In a bid to defend himself, Vishal Kotian gives her a reference to the song "Tu cheez badi hai mast mast" from the film Mohra. Upset, Tejasswi Prakash hits back, "Cheez, you are objectifying a girl. woh zamaane gaye jab aise song bante the... woh woh waala time tha 'Tu haan kar ya na kar tu hai meri Kiran', that phase has gone and you cannot call me a 'maal'. Please end the topic and since you guys are my friend, I am explaining you very politely."