Bigg Boss Season 16: Salman Khan responds to rumors of charging 1000 crores to host new season says "Had I got this much..."

The actor was at the shows' launch event when host Gauhar Khan asked her about the fees he is charging to host the upcoming season, read his response below Author : Tushar Singh 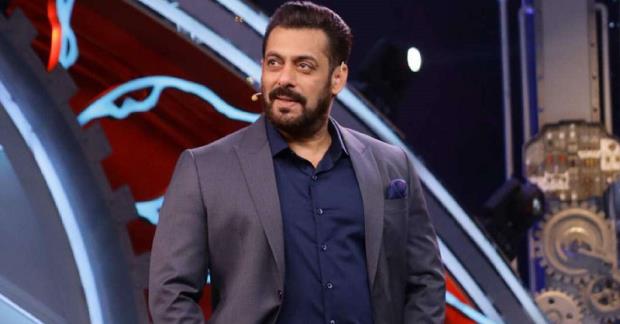 Bollywood’s Bhai and Bigg Boss’ long-time host has out rightly denied claims of receiving 1,000 crores for hosting the T.V reality show. He said if he gets an amount to this tune for his services he would leave work for the rest of his life.

The show’s 16th season is set to begin on October 1st. The actor denied the rumor of receiving this amount on Tuesday at the launch event of the upcoming season.

Events host Gauhar Khan and former Bigg Boss contestant asked whether he receives 1,000 crores to host this show. To which Salman denied straightaway saying, “Had I got this much amount I would have never worked for the rest of my life, however, I will surely be getting this much money one day.”

He continued saying, “Apart from this, if I got so much money, I have huge expenses, like that of lawyers' which I really need.” Salman further said that his fees are not even a quarter to a thousand crores.

Later he said, “That going by these reports, personnel from ED and Income Tax launch raid at my property than they get to know what I actually have.”

As per the report in the media, Salman is charging thrice his fees from Season 15, which was near about 350 crores. Recently the makers dropped the show’s promo, where Salman was seen in the famous Amresh Puri’s character of Mogambo.

Whereas talking about the show, its first contestant is said to be Tajikistan’s Abdu Rozik. Besides, including Tina Dutta, Sreejita De, Gautam Vig, Shalini Bhanot, Sumbul Touqeer, and Nimrat Kaur Ahluwalia among others, however, there is no official confirmation regarding the name of contestants as of yet.