In the video shared by Ryan on his Instagram handle the actor begins by being sorry for missing out on Disney’s D23 expo that took place earlier this month, later transits to his strange announcement Author : Tushar Singh 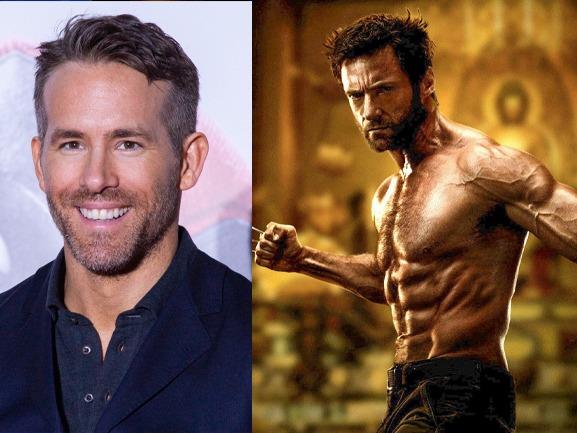 Actor Ryan Reynolds has confirmed that Hugh Jackman is marking his return with yet another stint as Wolverine for Deadpool 3 through a surprisingly amusing video.

In the video shared by Ryan on his Instagram handle the actor begins by being sorry for missing out on Disney’s D23 expo that took place earlier this month. In a monologue, Ryan can be seen sitting on a couch and narrating his thoughts on the next project of the Deadpool franchise.

He was also seen wearing his costume and trying to type on a typewriter, pouring himself a drink, and reading a newspaper.

He continues, “I have had to really search my soul on this one. His first appearance in the MCU obviously needs to feel special. We need to stay true to the character and find new depth, motivation, and meaning. Every Deadpool needs to stand out and stand apart. It’s been an incredible challenge that has forced me to reach down deep inside. And I…I have nothing. Yeah, just completely empty up here. And terrifying. But we did have one idea.”

As soon as he finishes here actor Hugh Jackman appears in the background, prompting Ryan to shoot the question of whether he wishes to play Wolverine again to which he replied, “Yeah, sure Ryan,” and walks up the stair.

Films on Bhagat Singh on OTT: Check the list of must-watch movies on the life of Shaheed-e-Azam streaming in web space

Ryan then smiled facing his head towards the right as Whitney Houston’s “I Will Always Love You” played in the background. At the end of the video, the Deadpool logo appeared, quickly being sliced up by Wolverine’s claws.

Deadpool 3 will be directed by Shawn Levy and the film marks the anti-hero's entry into the Marvel Cinematic Universe, which came after 20th Century Fox's merger with Disney.

The two ultra-artistic writers Rhett Reese and Paul Wernick, of the first two Deadpool films, have also written the third part. Hugh played Wolverine on screen for 17 years and said bye to the character with the 2016 movie Logan, directed by James Mangold. Marking Wolverine’s death at the end of the film.