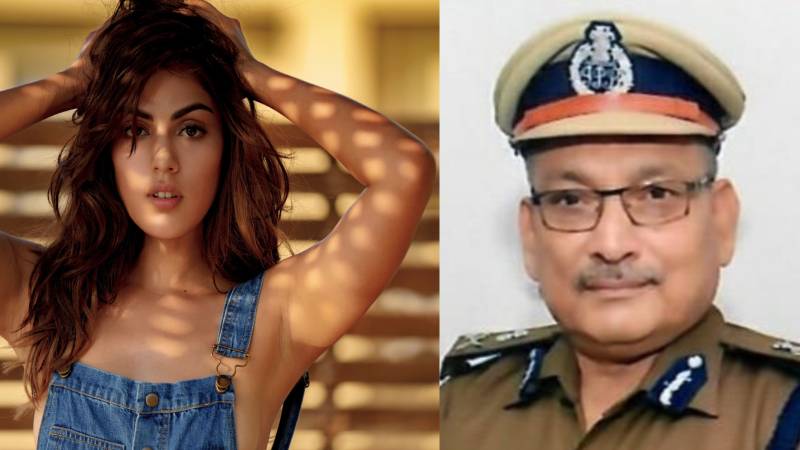 It is reported that Bihar's top police officials have said that Bollywood actress Reha Chakraborty must cooperate and join the investigation in the Sushant Singh Rajput case that is presently being conducted by the Patna Police in Mumbai if she claims that she has "nothing to hide".

After the late actor's father KK Singh lodged a complaint under numerous sections of the IPC such as abetment of suicide, cheating and fraud, against Chakraborty, a four-member team of the Patna Police arrived in Mumbai on the 27th of July to investigate the matter.

Gupteshwar Pandey, Bihar’s director general of police reportedly said that Chakarborty should muster the courage to face the investigators in this case.

“She was the one who called for a CBI probe… I don’t know why she wants the Mumbai Police or the Bihar police to investigate the case. If she is innocent, she should come forward and should say it openly that any agency can probe the case,” said Pandey

“She should say I am here and anyone can ask any question and probe whatever they want to. Why play a game of hide and seek?” he was reportedly seen questioning Chakarborty.

He also later stated that they are not trying to accuse anyone moreover; this matter shouldn't be seen as a "Maharashtra versus Bihar battle".

The aforementioned statement comes amid reports that the Mumbai police department isn't cooperating with the team of Police officers that have arrived from Patna in Mumbai to investigate the matter.

“I am saying a simple thing that one should look at the sentiments of the country’s people. People say that he was a vibrant, enthusiastic and successful young man. They feel there is some kind of mystery if a man who had money and fame hangs himself,” he said.

“That mystery must be probed and truth must come out. Why should anyone have any problem with that? Bihar Police have registered an FIR and started a probe,” he added.

Pandey also stated that the Patna Police team is presently trying to use every means to contact Chakraborty.

Pandey also stated-“It is our moral responsibility to tell the people of the country what’s the truth and not make it any more mysterious. It’s a big responsibility we have to bear. Mumbai Police also has that responsibility”.

They also reportedly want the details and statements of the people investigated by the Mumbai Police.

“We don’t want to arrest just anyone and don’t want to be called a hero by maligning anyone. The people of Bihar and this country just want to know why has this case become so mysterious,” he said.