According to the sources, Majithia has gone underground and now has dodged the Punjab police by faking his location. 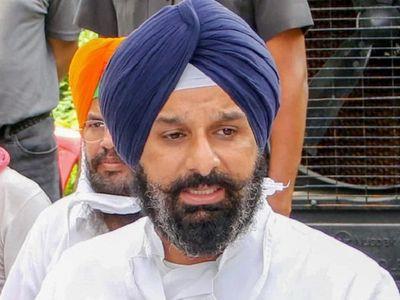 In a major political development, the BOI, Mohali registered a case against Akali leader and former minister Bikram Majithia at Monday midnight. The case has been registered by the Bureau of Investigation (BOI) at the State Crime Police Station in Mohali. A 49-page FIR has been registered under section 25/27A/29 of the NDPS Act.
On the other hand, according to sources, Majithia has been gone underground. Reportedly, he has left the state and is without Punjab Police personnel.
Also Read: Ex-Akali minister Bikram Majithia goes underground, Dy CM Randhawa says, “We will arrest him soon”
As per the latest information, the Akali leader has dodged the Punjab Police. When the team of Punjab Police officials raided the location for arrest, only his mobile phone was found and Majithia was not there.
The Punjab government planned to arrest Majithia as soon as the case was registered. To do the same, Punjab police tracked the location of Majithia's mobile phone, which constantly showed the location of his Chandigarh’s flat. After collecting all the clues the police team raided the leader’s house, and it was found that Majithia left his phone at home to “trick” the police force.
On the other side, the Special Investigation Team (SIT) of Punjab Police is continuously raiding different locations in search of Majithia, as a few days are left in the announcement of the elections 2022.
Also Read: POLICE ARREST TWO MEMBERS OF BADONGA GANG
Because of the same reason, the government is somehow trying to improve the status of the drug case by arresting one of the Akali prominent leaders – Majithia. At the same time, the Akali Dal has been trying its best to rescue Majithia through the legal route.