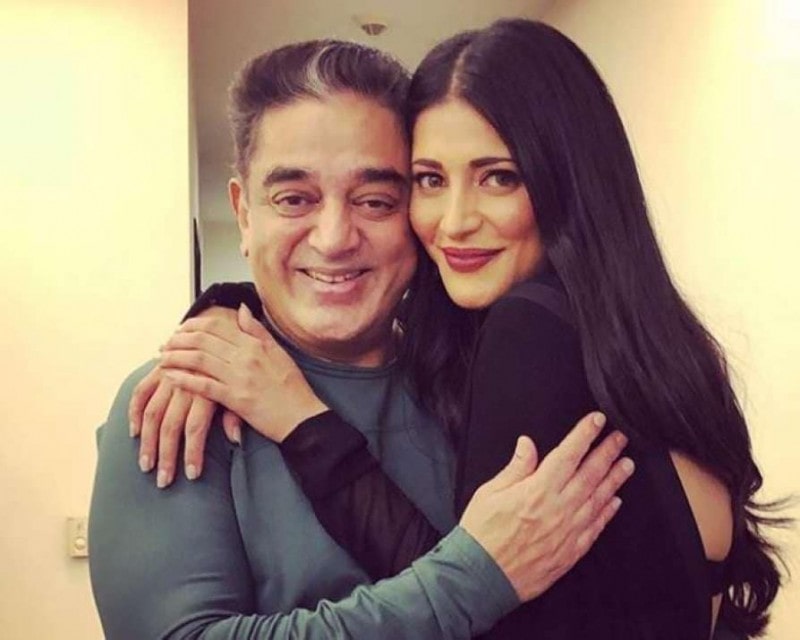 Makkal Needhi Maiam (MNM) chief Kamal Haasan along with his actor daughter Shruti Haasan and Akshara went on to cast their vote yesterday in the Tamil Nadu legislative assembly elections 2021.The actor turned politician was spotted at the polling booth just to cast their votes but that seems to stir up a new controversy. Based on reports, BJP has lodged a complaint against Kamal Haasan’s daughter. BJP has accused her of tress passing into the polling booth where she went with her father to cast her vote in Coimbatore South area.

The political party accused that no one should go to the polling booths except the polling agents. This is rule everyone has to follow, the national party stated. The senior actor from south first casted his vote in Chennai and then headed to Coimbatore South to vote. He is contesting the Tamil Nadu assembly elections from Coimbatore constituency. Kamal Haasan visited booths on Tuesday to keep a check on the voting. He also raised a complaint with election commission against BJP, accusing the party for promising to distribute money to voters on winning TN polls.

Shruti Haasan was last seen in Bollywood with John Abraham in 2016 directed by Nishikant Kamat and in 2015 she was seen opposite Akshay Kumar in Gabbar is Back.