BJP leaders said that the truth behind fake promises made by AAP during election is coming out now. 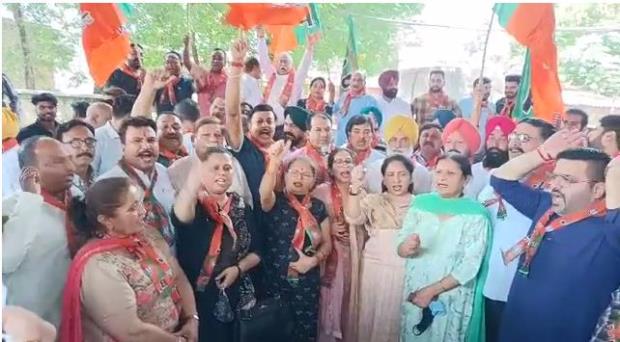 BJP leaders and workers staged a dharna in Amritsar on Thursday and protested against the Punjab government over the power crisis.
In a conversation with reporters, BJP leaders said that the truth behind fake promises made by AAP during election is coming out now. Due to this, we are protesting by staging a dharna on the roads of Amritsar. We are distributing hand fans to people today so that they can get some relief from this heatwave.
Also read: Woman died in road mishap at Football Chowk Jalandhar
BJP leader further said that a large consignment of coal had been sent by the Union government to alleviate the power crisis. But, Punjab government was unable to get it due to the lack of funds. Now, they are running away from their promises. We will keep protesting like this till we get justice for the people of Punjab.