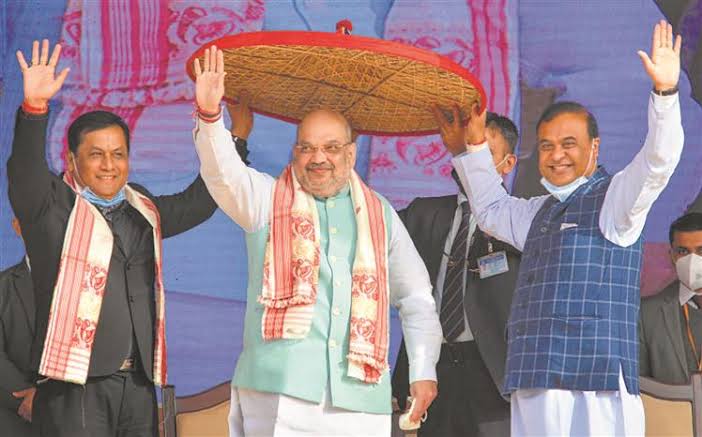 BJP Senior leader and Union Home Minister Amit Shah today while speaking at a rally in Assam’s Chirang said that the BJP five years ago made the promise to free Assam of terrorism and it stood firm on its stand and today has freed Assam of infiltrators and terrorists, while the Congress party thrives on internal conflict.

Shah was in Assam today as part of his campaign for the second phase of assembly elections.

He said if you see the track record of Assam, there were a lot of issues like the Bodo were fighting the non-Bodo people and upper Assam was fighting lower Assam. Besides, there were tensions amongst Assamese and Bengalis.  However, in the last five years, all such issues were resolved by the BJP government, making Assam a true example of peaceful state, he said.

Amit Shah further said that the Modi-led-BJP government has ensured development in the state by working on various issues. Today, once again we are back to seek your blessings and promise to double this development by 2022.

“All the promises made in the Bodoland agreement will be fulfilled before 2022. I take this opportunity today to thank the people of Assam for showing their faith on BJP government. And I promise that the BJP Government will implement every single promise made in the Bodo agreement before 2022 for a peaceful Assam," he said.