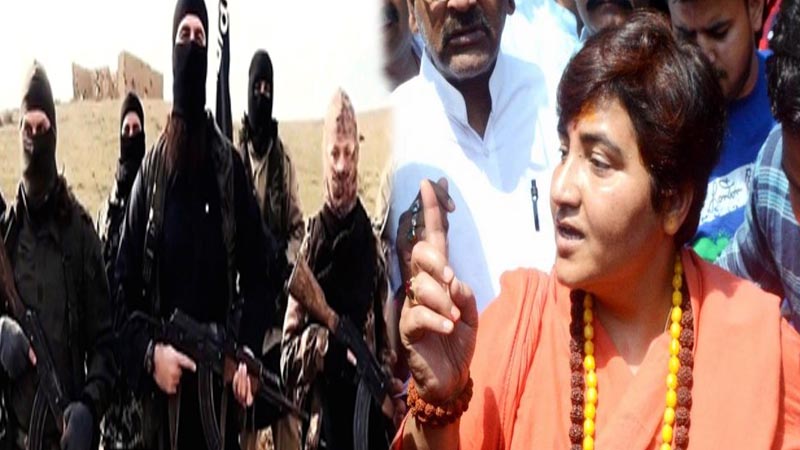 A death threat letter written in Urdu and two pouches of white powder on the bungalow of BJP MP Pragya Thakur has caused turmoil. The address of the sender of this letter is written in Pune. Itching has come to light after touching the powder. On the information of Sadhvi Pragya, the police and FSL team reached her bungalow late night and initiated probing the case.

A suspicious letter reached BJP MP from Bhopal, Pragya Thakur's bungalow. On touching the white powder, the MP's hand started to itch. He immediately informed the police. Police and FSL team reached the spot and took the letter and powder in their possession and sent it for investigation. With this, CSP Bhupendra Singh has said that a case has been registered under sections 326 and 507 in this case.

Pragya Thakur said that a conspiracy is being hatched against her and her life is in danger. She said that the letter has a cross mark next to her picture. Sadhvi Pragya said that along with her picture, there is also a picture of PM Modi, CM Yogi and Ajit Doval, which has a cross on it. Sadhvi Pragya Thakur alleged that she had received threatening letters earlier, which had been complained to the police several times, but no action was taken.