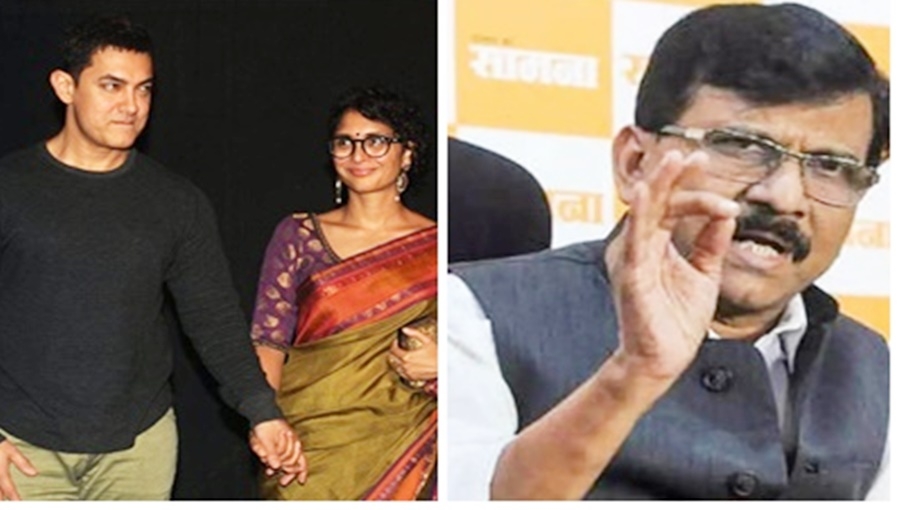 Amid speculation of Shiv Sena reunion with the BJP is burning the political business, one of Sena’s prominent leader Sanjay Raut referred to Sena’s relationship with BJP as just like that of Aamir Khan and Kiran Rao’s divorce announcement. Raut was reacting to BJP leader Devendra Fadnavis’s comment who said the two former allies are not enemies.

"We are not India-Pakistan. Look at Aamir Khan and Kiran Rao, it is like them. Our (Shiv Sena, BJP) political ways are different but the friendship will remain intact," the Shiv Sena MP and spokesperson said.

Devendra Fadnavis the former Maharashtra CM whose government was removed from power by the Uddhav Thackeray-led government on Sunday said, “There are no ifs and buts in politics. There might be some differences with Shiv Sena but we are not enemies”. He was answering a question about the chances of BJP allying with Shiv Sena.

Mr Raut clarified that there was no possibility of the Shiv Sena-Nationalist Congress Party (NCP)- Congress coalition in Maharashtra breaking up and said the government would complete its full term.

Bollywood actor Aamir Khan and filmmaker Kiran Rao had last Saturday in a joint statement announced that they are ending their 15-year marriage. While after the divorce announcement on Sunday at a virtual event, the two sat together, holding hands. Aamir Khan began saying: "You must have heard about us. You would have felt sad, must have been shocked. But we just want to tell you that we are very happy and we are one family. Our relationship has changed but we are still together." They have also said that despite their divorce, they will remain friends, work together and Co-parent their son Azad.

Mr Raut drew this parallel reacting to Fadnavis saying their parties are "not enemies".

This remake by Fadnavis' comes against the backdrop of Sena president and Maharashtra Chief Minister Uddhdav Thackeray meeting Prime Minister Narendra Modi during his visit to Delhi last month when a delegation of state ministers was led by the PM.

Also Read: Aamir Khan & Kiran Rao Come Together To Talk About Their Divorce In A Video Message For Fans

Meanwhile, Mr Raut has denied rumours of him meeting BJP leader Ashish Shelar on Saturday. On the other hand, the signs of a patch-up between the two parties is also doing rounds in the political world.