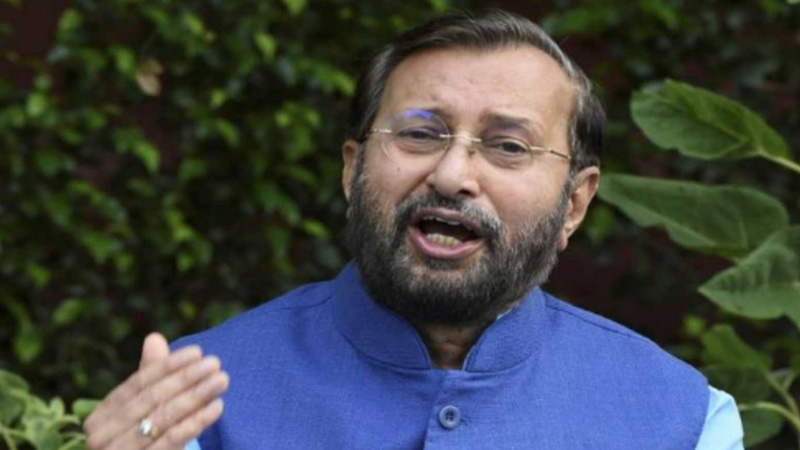 Bringing back the issue of 1984 anti-Sikh riot, union minister and senior BJP leader Prakash Javadekar countered by alleging that the Congress itself has blood on its hands. "Those whose hands are drenched with blood in massacre of Sikhs are talking of success or failure in stopping violence," he said.

Defending Union Home Minister, Javadekar said, "The Congress is asking where was Amit Shah? He took a meeting of all the parties yesterday, in which the leaders of the AAP as well as the Congress were present."

Javadekar added that such comments by the Congress leadership will only deteriorate the morale of the police force.

Gandhi earlier remarked, "The Centre should take cognizance of this violence. The Home Minister should resign. Their inaction is the reason why Delhi is suffering today."

Calling it "unfortunate comment", Javadekar hit back at Sonia saying, "The Home Minister is continuously working with the police, raising their morale and giving them directions. Such comments and politics from the Congress will not help the morale of the police. We appeal to them to not do politics on the issue."

In an indirect dig at the Congress and the Aam Aadmi Party, who hit out at Shah on Wednesday, Javadekar said, "We believe that the police investigation will reveal the truth about who arranged the stones, who opened fire, who put vehicles ablaze and who is instigating the people for the last two months," in a not so subtle reference to the Shaheen Bagh blockade.

The political blame game breaks out in the aftermath of mayhem in Delhi's northeast area where pro and anti-CAA protesters clashed resulting in many deaths.

On Monday, a Delhi Police head constable Ratan Lal was killed as pro-and anti-CAA groups battled each other.

Even on Wednesday morning, body of an intelligence Bureau employee was recovered from the affected area which was found dumped, sparking further outrage.

Several areas including Jaffrabad, Maujpur, Gokalpuri remained tense on Monday noon. The police used tear gas in a bid to control the violence.