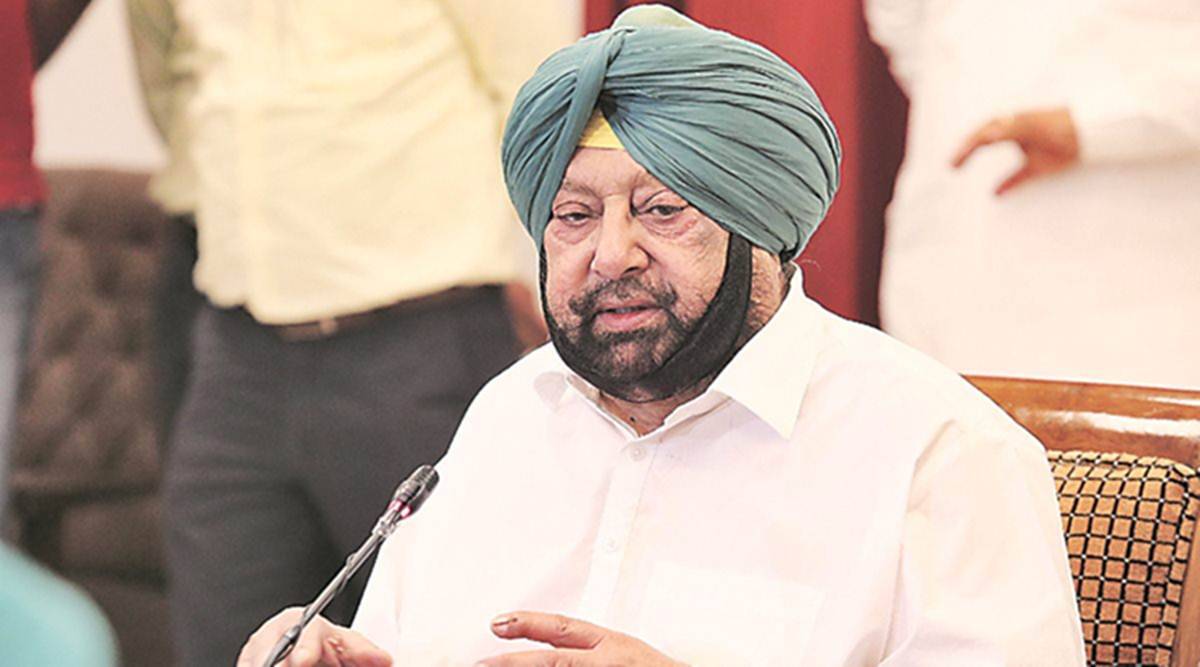 Chandigarh, March 24: Terming the growing economic and military collusion between Pakistan and China as New Delhi’s “failure of diplomacy”, Punjab Chief Minister Captain Amarinder Singh on Wednesday said that by delaying resolution of the farmers’ crisis, the BJP-led government at the Centre was allowing Pakistan to take advantage of dissatisfaction emerging in the state.

Urging the Centre to repeal the Farm Laws in the interest of the nation’s security, if, for no other reason, the Chief Minister asked “Have you not thought of what Pakistan will do in this scenario?” Warning that they will take advantage of the dissatisfaction among the youth in Punjab, as they had done in the past, he stressed the need to “learn from history.” Is Delhi sleeping?, he asked,  citing figures on increase in arms smuggling into Punjab through drones since the farmers had intensified their stir.

The Chief Minister once again urged the central government not to sit on ego or prestige but to withdraw the Farm Laws immediately. “This is not Hitler’s Germany or Mao Zedong’s  China. The people’s will has to be heard, “ he stressed, adding that those at the helm should understand that the agitation of the farmers is not a political issue but a matter of their survival. The agitation is not limited to Punjab, he added.

Pointing to his 52 years of experience in politics, Captain Amarinder said he had seen the build-up of terrorism, and also the assassination of a chief minister of Punjab. The situation was worse today because of economic and military collusion between Pakistan and China, which was “very ominous for India”, he said, at a media event.

“While the Indian Army is equipped to handle any situation, the question is why the Indian government is allowing the country’s two big enemies to get together?” he asked. If there is a war, Pakistan and China will be in it together, and Punjab, which shared a 600-km long border with Pakistan, will be at the battlefront, he said.

The Chief Minister warned against trusting Pak Army Chief General Bajwa’s offer of peace, termed it Islamabad’s double-faced policy.  “Pakistan has been at our throats since 1947, how can they bury the past?’, he remarked, adding that the Pak Army and ISI have a vested interest in fanning tensions with India and will never let peace prevail. “Bajwa is, in fact, not fit to be an Army man, he is a liar,” remarked Captain Amarinder, adding that the day the General made the peace offer seven encounters happened at the borders.

Making it clear that his government was never consulted on the Farm Laws, the Chief Minister said the legislation had been imposed on the state and the farmers without any discussion “as they (Centre) were perhaps very clear that we would oppose.” “After using Punjab when needed, the Centre is now discarding us,” he said, adding that the state government was not even included in the agricultural reforms committee originally, and after it was made a member, nothing on the Farm Laws was ever discussed.

Captain Amarinder rejected the suggestion that the state amendment Bills against the Farm Laws were symbolic in nature. The Bills were passed under Article 354 (II)  of the Constitution as was done by Gujarat for the Land Acquisition Laws. The Governor should explain what is stopping him from sending the Bills to the President, said the Chief Minister, adding that if they go to the President and he refuses to give his assent, then his government will move the Supreme Court.

Asserting that he stands with the farmers, and his heart is with them, Captain Amarinder said if the farmers, who have so far opposed any political interference, approach him for intervention, he will be happy to suggest a solution to the current crisis.