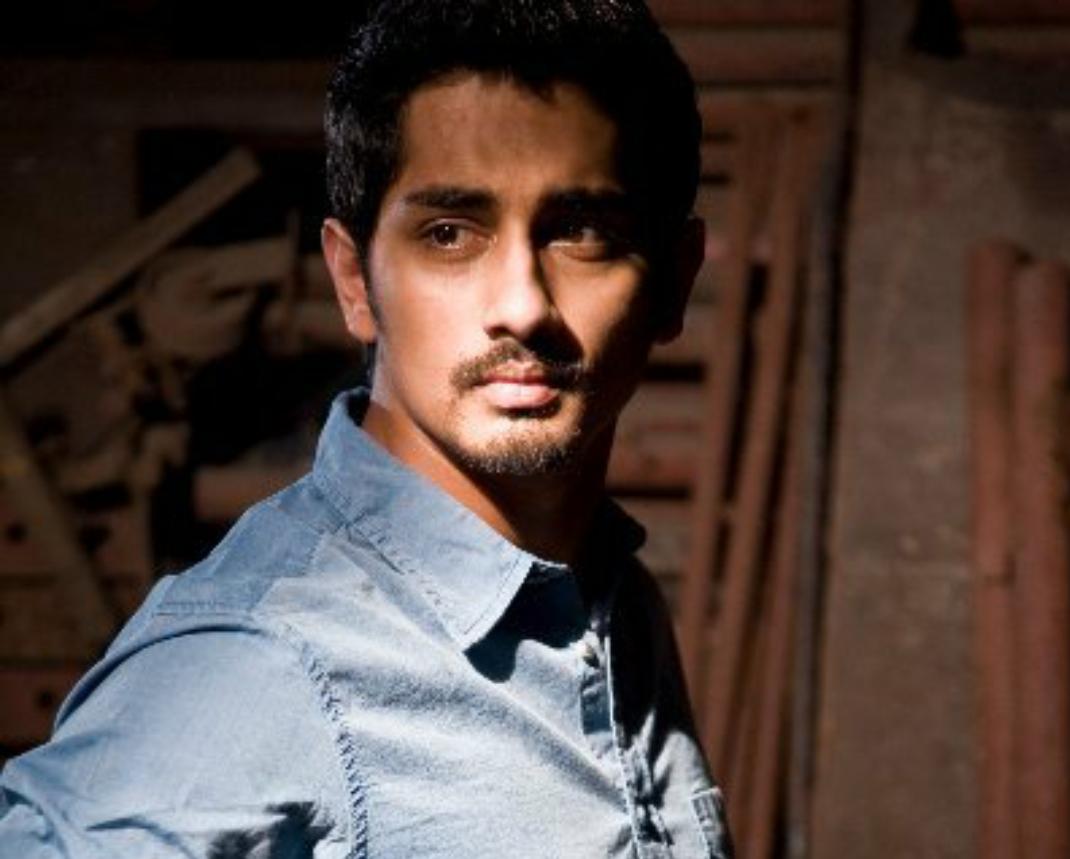 Rang De Basanti fame actor Siddharth Narayan alleged that his personal mobile number has been made public by the people of BJP's Tamil Nadu unit. Now he is getting threats and many hate calls, in which people are abusing him. However, Siddharth has not yet registered an FIR regarding this.

Siddharth himself has shared this information on his Twitter handle and wrote, “my phone number was leaked by members of TN BJP and @BJPtnlTcell. Over 500 calls of abuse, rape, and death threats to me and my family for over 24 hrs. All numbers recorded (with BJP links and DPs) and handing over to the police. I will not shut up. Keep trying. @narendramodi @amitshah”. 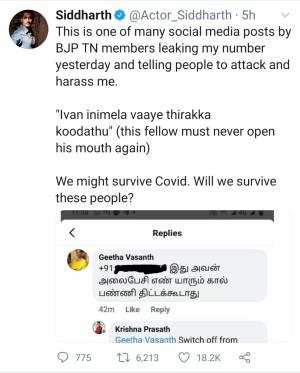 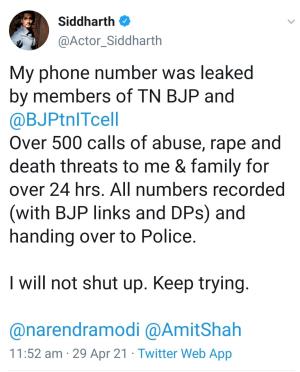 His manager Suresh Chandra told Dainik Bhaskar, “right now he and Siddharth are also busy helping the people affected by Corona, so they are not able to go to the police station. But, if the matter goes ahead, we will take all necessary steps for it”.

Actress Shreya Dhanvantari, who played the role of journalist Sucheta Dalal in the web series 'Scam 92', has supported Siddharth. She has also tweeted in support of Siddharth.

Originally a resident of Chennai, Siddharth had opened a front against Twitter for the past several days against the central government and the Bharatiya Janata Party. After the rape and threats of killing the family, Siddharth wrote that he was not afraid of such threats and would continue to carry out similar attacks against PM Narendra Modi and Amit Shah.

Siddharth shared a tweet of a Tamil-language Tamil BJP worker who wrote that 'this man should not open his mouth again' Has, since then Siddharth has been active on his Twitter handle. He is helping the Chennai residents with verifiable phone numbers, verification leaders and in every way.

Viewers of Hindi cinema know Siddharth in films like 'Rang De Basanti', 'Chashme Baddur' and 'The House Next Door'. Siddharth is also considered a big star in Tamil, Telugu, and Malayalam films. Siddharth has also established his identity as a playback singer. There has been no response from the Tamil Nadu BJP in this matter so far.