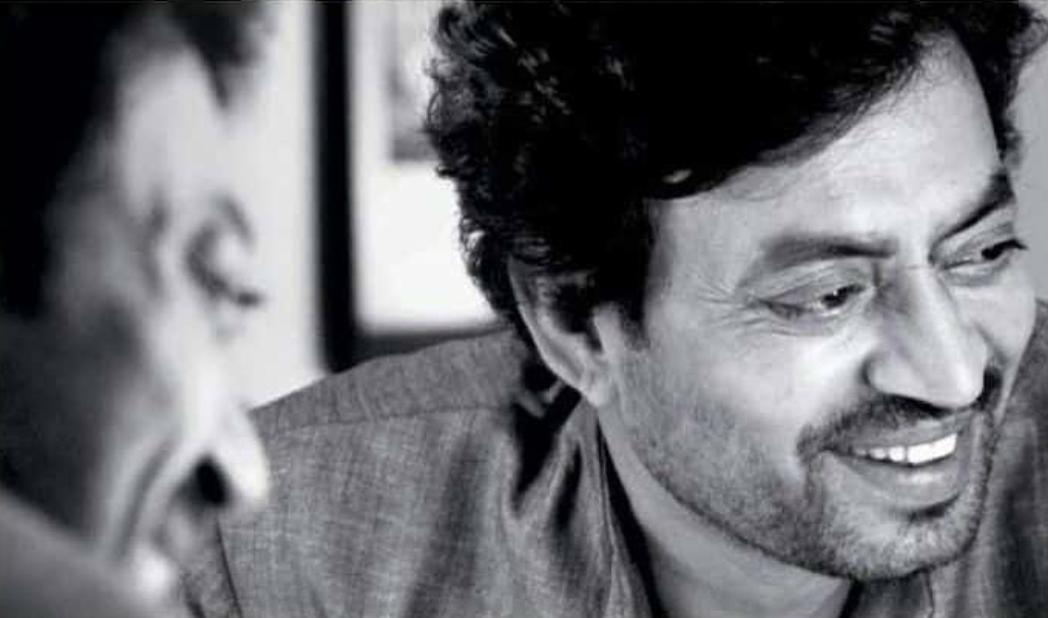 The year 2020 will be remembered as the beginning of the worst phase in the history of mankind. First the coronavirus pandemic then the nation losing one of its precious gems including Rishi Kapoor, Irrfan Khan, and Sushant Singh Rajput. On April 29, the Indian cinema lost Irrfan Khan. Many celebrities took to their social media accounts and paid tribute to the late actor. Arjun Kapoor, Randeep Hooda, Dia Mirza, Kiku Sharda, Nimrat Kaur, and many more celebrities remembered the great legacy Irrfan has left behind.

Arjun Kapoor shared a photo on his Instagram story saying, “the outstanding legacy you have left behind will always be cherished by all of us!”. Dia Mirza also shared a post and wrote, “love and respect”. On the other hand, Randeep Hooda quoted dialogue from Irrfan’s film Life of Pi while posting a picture and said, “ I suppose in the end the whole life becomes an act of letting go”. One of Irrfan’s co-star Kiku Sharda who worked with him in Angrezi Medium which turned out to be his last film shared a heartwarming note in remembrance of the late actor. He wrote, “remembering the man the magician #irrfankhan, learned so much in the little time I spent with him. He asked for so little but gave so very much. So much love spread in one lifetime. ‘Will hold you in my heart until I hold you in heaven.” Even Radhika Madan shared a heartfelt note for the late actor. 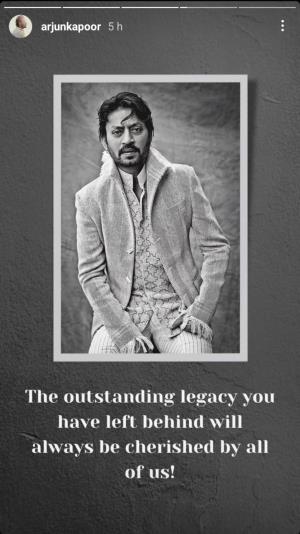 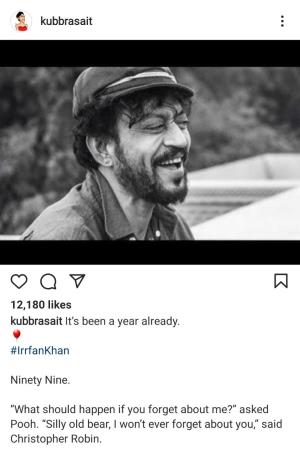 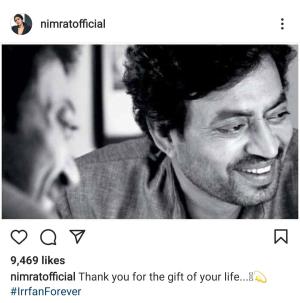 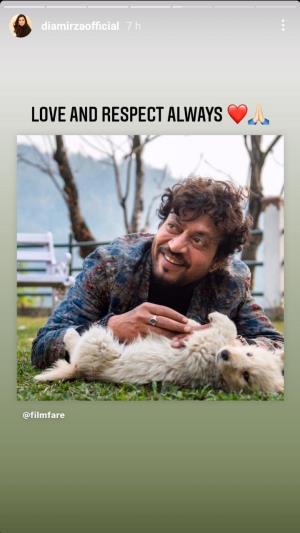 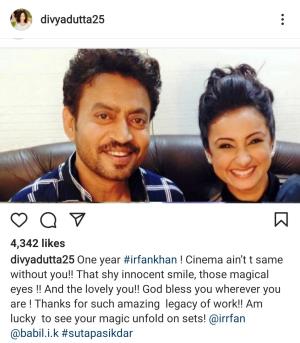 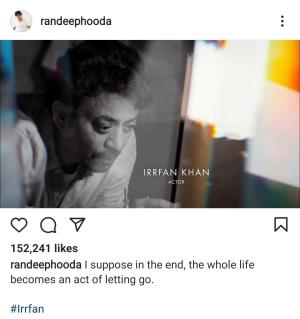 Irrfan was last seen in cinema with Kareena Kapoor Khan, Deepak Dobriyal, and others in the movie Angrezi Medium. Meanwhile, Irrfan Khan’s son Babil Khan is all set to make his entry into the acting world with the movie ‘Qala’.