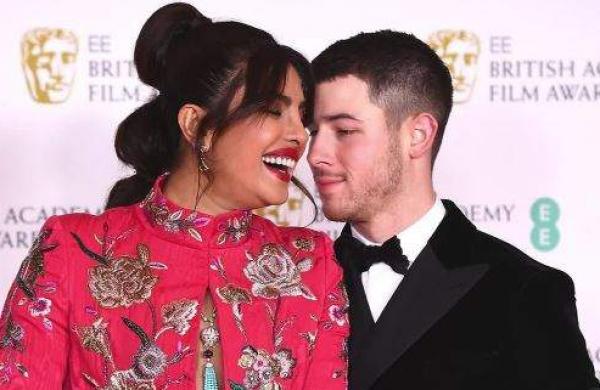 Global, star Priyanka Chopra with her husband-singer Nick Jonas had recently announced the nominations for the Oscar 2021. The red carpet's red and black combination look of the couple amazed the audience. The shared pictures of the actress became viral and the audience extremely praised the look.

Priyanka was seen in a red embroidered jacket with an open neckline paired with silky white-coloured pants and black pumps. The designer played minimally with the accessories, a beaded turquoise pendant with sparkling earrings and finger rings. Her hair was pulled back in a stylish ponytail. She was looking elegant in this red-white combination. Her pictures received millions of likes on social media. 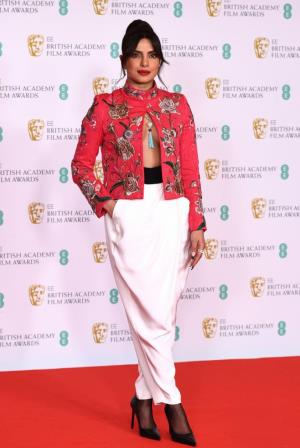 Priyanka stunned in another look, where she was seen wearing a pair of black jacket with a deep neckline and a black skirt and completed her look with red lipstick. 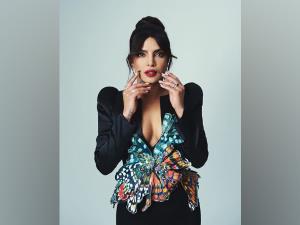 The ambience of the red carpet was filled with the warmth of love as Priyanka and Nick arrived at the BAFTA 2021. 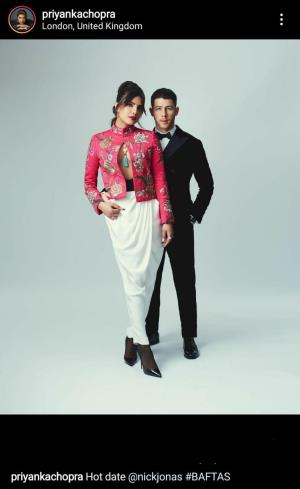 Nick Jonas shared a video, with writing, “Been a while since we were on one of these.”

BAFTA 2021 was planned to be held in February, but due to the pandemic, it was postponed and took place on the 10th and 11th of April. The show was conducted online. Along with Priyanka, there were many more celebrity presenters including Asim Chaudhary, Sophie Cookson, Hugh Grant, Phoeb Dinevor.