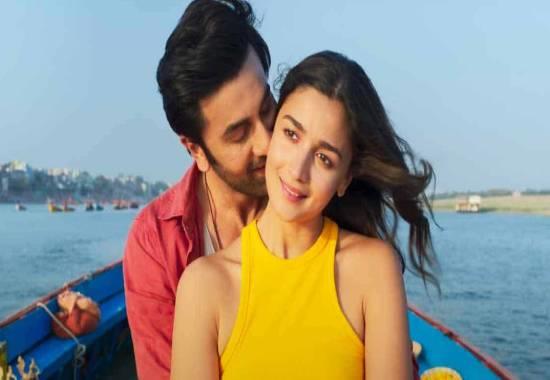 The much-awaited movie of Bollywood actors Ranbir Kapoor and Alia Bhatt- Bramhastra was finally released in theaters on September 9, 2022. Directed by Ayan Mukerji, Bramhastra is a multi-starrer fictional drama that keeps the audience on their edge. Brahmastra Part One: Shiva intends to serve as the first film in the planned trilogy as a part of its own cinematic universe Astraverse. Bramhastra is said to be made at a budget of Rs 410 crore, making it the most expensive film of Hindi cinema. Now, with the passing of day 1, fans are wondering the about Bramhastra Boxoffice day 1 collection or Bramhastra Day 1 collection can read below-

For fans who first carefully read the reviews and responses and then go to the theaters to watch the movie, get ready for an amazing weekend. Bramhastra Day 1 box office collection tells you an impressive story. As per Bollywood Hungama, Bramhastra day 1 box-office collection was recorded at Rs. 36.50 to 38.50 crores on its opening day, making it the biggest non-holiday Hindi release. Trade website BoxOfficeIndia.com has reported Brahmastra’s collection at around Rs 35-36 crore. Brahmastra made around ₹35-36 crore nett in all its versions, making it the highest opening day in history on a non-holiday for original Hindi content. It means Bramhastra has beat the opening day figures of Ranbir's highest opening so far, Sanju, which collected ₹34.75 crore on day one in 2018.

It is pertinent to mention here that SS Rajamouli's Bahubali - The Conclusion had the highest opening on a non-holiday with collections of ₹41 crores. It was filmed in Telugu and Tamil simultaneously and dubbed in Hindi.

Despite Bramhastra's stellar day 1 performance, the makers have been seen nervous and on the edge with the boycott trends going on. One more reason of nervousness is the mixed reviews Bramhastra is getting from everywhere. Interestingly, Bollywood actress Kangana Ranaut in a fresh attack has accused Karan Johar of making corporate bookings in advance to show the brilliant box-office numbers. Kangana's scathing attack on Karan Johar and Ayan Mukerji's Bramhastra came after it was reported that listed multiplex majors like PVR and Inox Leisure took a beating in the stock markets on Friday on account of reports of a weak opening for Brahmastra, a multi-starrer movie made at a cost of over ₹400 crore.