Bramhastra OTT release: When and where to watch Ranbir Kapoor-Alia Bhatt's fantasy drama of 'Astraverse'

While the exact Bramhastra OTT release date has not been revealed yet, it is confirmed that Ayan Mukerji's magnum opus project will be released on Disney Plus Hotstar once it completes its theatrical run. Author : Ujjwal Samrat 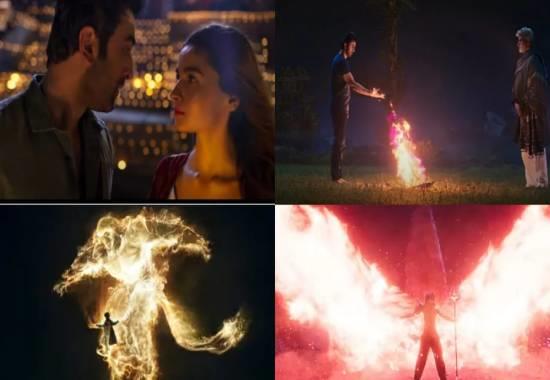 The much-awaited movie of Ranbir Kapoor and Alia Bhatt- Bramhastra was finally released in theaters on Friday, September 9, 2022. Ever since its release, Brahmastra Part One: Shiva has been creating quite a buzz on social media. Not only this, but Bramhastra movie review is also coming positive. In fact, many are saying that Brahmastra Part One: Shiva has the potential to be a blockbuster at the box-office meaning Bollywood's dry run might end with Ayan Mukerji's directorial fantasy drama. Now, the movie has been released, fans are wondering about the Bramhastra OTT release, or at least querying about Brahmastra OTT release date on social media.

Furthrmore, Brahmastra Part One: Shiva is produced by Fox Star Studios, Dharma Productions, Prime Focus, and Starlight Pictures One it will be released on Hotstar, it will be available in Hindi, Tamil, Telugu, Malayalam, and Kannada. Notably, Bramhastra ranks among the most costly Bollywood productions ever. Ayan Mukerji is best known for his 2013 musical romance Yeh Jawaani Hai Deewani, a big hit at home and abroad. His movie Wake Up Sid starring Ranbir Kapoor was also appreciated by fans and critics.

Bramhastra star cast includes Shah Rukh Khan, Amitabh Bachchan, Mouni Roy, and more. Amitabh Bachchan will be seen playing the role Guru, who mentors Ranbir’s character in the film. Amitabh Bachchan is also the leader of the Brahmānsh who wields the Prabhastra. Alia Bhatt will be seen romancing with Ranbir Kapoor in the movie. Mouni Roy is in negative character portraying the character of Queen of Darkness. Nagarjuna Akkineni is playing the role of Anish, an artist and a member of the Brahmansh who wields the Nandi Astra. Nagarjuna’s character in the movie is one of the protectors of Brahmastra.