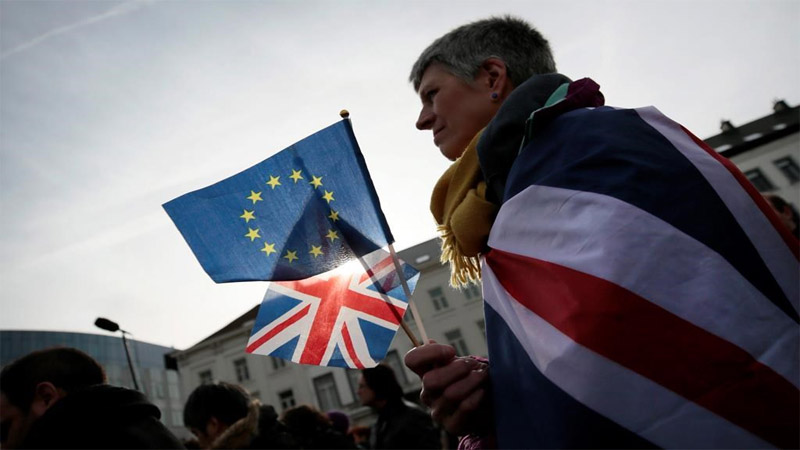 It has happened for the first time ever- a member state has left the group whose etymology lies in united efforts in the aftermath of the Second World War to counter impulses of extreme nationalism. The moment of exit, 11 pm GST was described as a 'bittersweet' by many involving Ireland PM Leo Varadkar.

However, sadness was witnessed in various segments in the UK and across Europe after almost five decades of close engagement brought together not only rules, regulations and markets, but also personal relationships and families. Pro-Brexiteers partied to celebrate the occasion.

The Brexit Day, terminating years of endured conflicts since the referendum 2016, marked by low-key events directed by the Boris Johnson government. Indian and other businesses based in the UK continue to await clarity on future trade and mobility arrangements.

To attend a meeting, Johnson’s cabinet travelled to Sunderland in north England displaying a symbolic gesture to an area that overwhelmingly voted to leave the EU. He recorded a message striking an upbeat but not a triumphalist note.

He said: “The most important thing to say tonight is that this is not an end but a beginning. This is the moment when the dawn breaks and the curtain goes up on a new act. It is a moment of real national renewal and change.”

Ireland Prime Minister Leo Varadkar said: "We’ll say goodbye to an old friend embarking on an adventure, their own tryst of destiny. We do hope it works out for them. But if it does not, there will always be a seat for the United Kingdom at the European table. The next step is to negotiate future relationships, including a free trade agreement, between the EU including Ireland and the United Kingdom."

Former Prime Minister David Cameron, who led the campaign to remain in the EU during the referendum and later resigned, called it a "very big day for our country," adding that he believed the UK could "make a success of the choice that we made."

Brexit Party leader Nigel Farage, who has long campaigned to leave the EU and now loses his seat as a member of the European Parliament and said, "At last the day comes when we break free. A massive victory for the people against the establishment."

Keir Starmer, the front-runner to take over as the next Labour leader, said, "The debate over whether we are in or out of the EU is over, but the debate over the kind of country we want to become has only just begun."

"As a country we’ve been bitterly divided for three and a half years. Our politics has been frozen instead of tackling the real and deep-rooted problems we face. Now the leave-remain divide must end. There are no leavers or remainers any more."

From Saturday, the first day outside the EU, little will change on the ground. Under the withdrawal agreement, the UK and EU will move into a 'transition phase' with the UK remaining in most EU institutions until December 31.

Most rules applicable to EU member-states, such as freedom of movement, will continue till the end of the transition period, but UK representatives will no longer join EU talks and debates and UK members of European parliament will lose their seats.

Brexit crucial talks related to future trade and other arrangements are to be held during the transition period which is expected to be as stormy as the EU-UK talks when the withdrawal agreement was reached under two prime ministers, Theresa May and Boris Johnson.

Noting the tough task to reach new trade and other arrangements before December 31, academic Anand Menon, a leading commentator on Brexit, wrote, "Don’t tune out yet: Britain’s Brexit odyssey is far from over."

"(A) majority government may have made parliament reassuringly boring again. But beware. Boredom is a dangerous thing. The choices stemming from Brexit are arguably more significant than the choice to leave in the first place."