Britney Spears is engaged to Sam Asghari, her longtime lover. With a beautiful video on Instagram, the pop star confirmed the news. Watch it here. 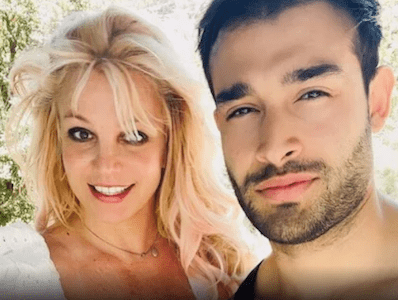 Pictures of pop diva Britney Spears flashing a large diamond on her ring finger went viral recently, causing social media to explode. Netizens assumed that the actress and her longtime boyfriend, Sam Asghari, were engaged. The pair has officially declared their engagement, after the latter initially rejected the news, claiming the account had been hacked. Britney Spears confirmed her engagement to her boyfriend Sam Asghari in an Instagram post, putting an end to the rumours. 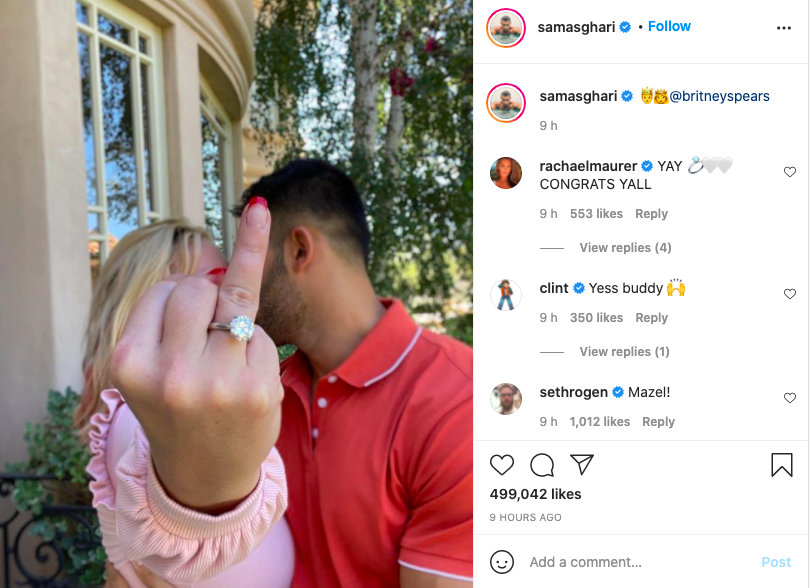 "I can't f-king believe it [?]!!!!!!”, she captioned a video of herself flaunting a massive diamond on her ring finger Her partner, who posted a snapshot of the two of them kissing and the 39-year-old pop diva showing off her ring, also revealed the news.

Also Read: Ayushmann Khurrana: I'm trying to tell people to not stereotype themselves
Paris Hilton was one of the first to wish the couple well."Congratulations love!! So happy for you! Welcome to the club!" she commented on the post shared by Britney. See her Instagram post here.
In 2016, the pair met on the set of Britney's "Slumber Party" music video. Two days ago, Spears' 27-year-old beau shocked everyone when he tweeted a photo of the massive ring and after deleting it and claiming his account had been hacked. After Sam shared a photo of a diamond ring with the inscription 'lioness' on his Instagram Story, Britney's followers filled social media with congratulations. The fitness trainer, however, disputed reports that he proposed to his long-time lady love Britney by claiming that "the account was hacked" and the ring pictures was “photoshopped."
Also Read: Munmun Dutta, Raj Anadkat slam those trolling them for rumoured 'relationship

After Asghari was photographed exploring engagement rings at Cartier in Beverly Hills, rumours of the two being engaged began to circulate. On September 2, Sam was photographed ring shopping at high-end jeweller Cartier in Los Angeles, dressed in a navy blue tracksuit and sneakers.
Also Read: 5 attention-grabbing moments from 'The Kapil Sharma Show'
An assisting employee allegedly then brought out a diamond ring for the 27-year-old fitness expert to examine more closely. Britney Spears hailed her "cute a-hole" boyfriend on social media last month. A source revealed details about the couple's engagement plans in early September. ."Without a doubt, engagement has always been in the cards for Sam and Britney," a source close to Sam told a local news channel.
"Their relationship has been headed in this manner for over two years. It's always up for debate, and it's never a question of if, but rather when "According to E! News.
The source remarked on how much the two inspire one other. They are, according to the source "Both in their employment and in their relationship, they are ecstatic and fulfilled. They simply serve to elevate and bring out the best in each other as a pair." The 39-year-old singer previously married Jason Alexander in 2004 for 55 hours, and Kevin Federline, a backup dancer, from 2004 to 2007. Preston and Jayden, her boys, are co-parents with Kevin.

Meanwhile, Jamie Spears, the 'Toxic' singer's father, filed a petition in court on Tuesday, requesting that the conservatorship be withdrawn entirely.