The news surfaced after an official from their agency informed the media on Monday about the development which will begin shortly with the oldest member Jin, 29 Author : Tushar Singh 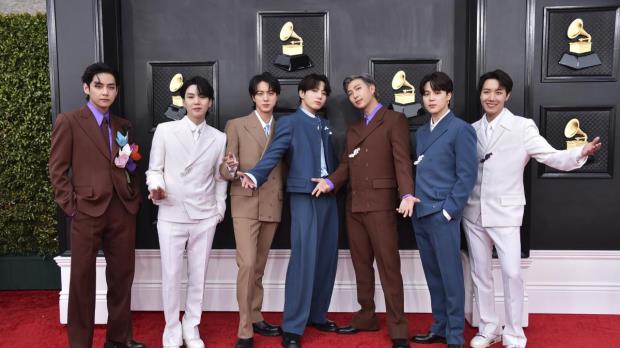 The K-pop boy band BTS is all set to head on one of the most adventurous projects of their career as they will go for mandatory military service, led by the group’s oldest member Jin.

The news surfaced after an official from their agency informed the media on Monday about the development which will begin shortly. Jin, 29 will be out of the public eye for a better part of nearly two years when he turns 30 this December.

BTS has never looked back, since its debut in 2013 the K-Pop band has produced record hits one after the other and has become a worldwide sensation with their performances and social campaign aimed at empowering youth.

The seven-member band’s management group HYBE in its regulatory filing informed that Jin will cancel the request that was meant to delay his enlistment and will undergo a complete Military Manpower administration beginning later this month.

All the other members will also be serving the mandatory military duty as per their respective plans the agency further added.

"Both the company and the members of BTS are looking forward to reconvening as a group again around 2025 following their service commitment," HYBE-owned Bighit Music, which manages BTS, said in a separate statement.

California Sikh Family Murder: Hundreds join the family in a show of solidarity at the funeral service of the deceased

The military training that the members of BTS will undergo is as per South Korean law that seeks the military participation of all able-bodied men in South Korea between 18-28 to serve in the military in order to be prepared to defend the country’s sovereignty against nuclear-armed North Korea.

Under the norms, some categories have been exempted or serve a relatively shorter term, which includes Olympic and Asian Games medal winners, classical musicians, and dancers who have won accolades and top prizes at certain competitions.

Earlier this year in June BTS have taken a break from group musical activities since they wanted to pursue their solo projects, which raised several questions worldwide about the band’s future.

However, they returned to perform in the city of Busan on Saturday for a free contract in a bid to host the World EXPO 2030 in the port city of South Korea.