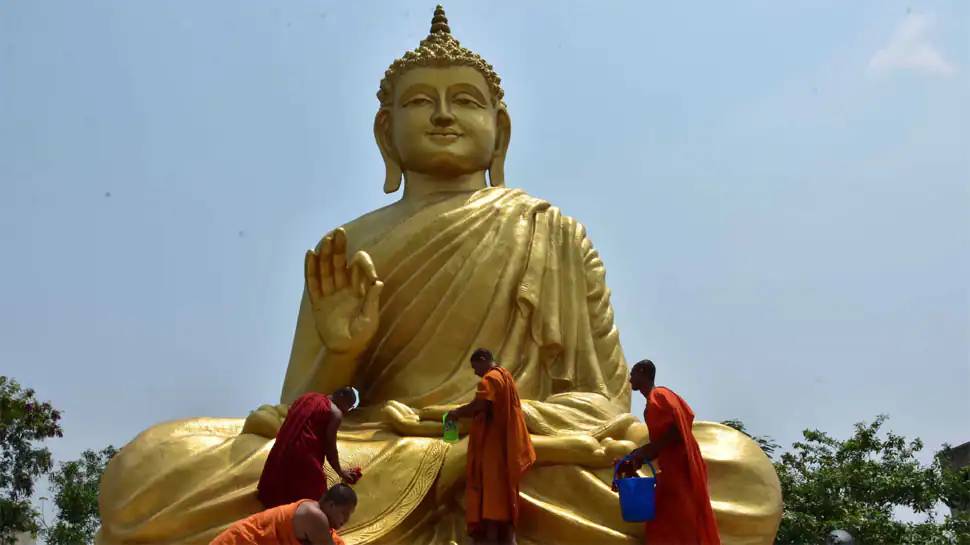 The Prime Minister will attend an event marking Abhidhamma Day at Mahaparinirvana Temple in Uttar Pradesh’s Kushinagar on Wednesday. The day also marks the auspicious occasion of Ashwin Poornima.

PM Modi on Wednesday morning had inaugurated an international airport with a flight from Sri Lanka marking the first to arrive at the airport carrying over a hundred Buddhist monks and dignitaries. The airport will serve as a key move to boost the Buddhist pilgrimage circuit around the world.

The delegation that arrived today also includes Anunayakas (deputy's heads) of all four Nikatas (orders) of Buddhism in Sri Lanka i.e., Asgiriya, Amarapura, Ramanya, Malwatta along with 5 ministers of the Government of Sri Lanka led by Cabinet Minister Namal Rajapakshe.

What is Abhidhamma Day?

The day marks the end of a three-month rainy retreat - Varshavaas or Vassa - which is observed as a retreat by the Buddhist monks and nuns during the monsoon season.

During this period the monks and nuns stay at one place and pray.

It is a time of giving, for the believers to express gratitude to Sangh, which is also referred to as “monk’s robe”.
The Abhidhamma Day event is being organised by the Union culture ministry and the International Buddhist Confederation, in partnership with the government of Uttar Pradesh.

The history of Abhidhamma Day

The day is celebrated in countries where the majority of the population practices Buddhism on the full moon day of the 7th Burmese Lunar month. According to a popular belief, this day is the day when Lord Buddha returned to earth from heaven.

It is said that Lord Buddha had gone to heaven to preach Abhidhamma Pitaka (a basket of ultimate things) to his mother, which took three months after which Buddha came back to Earth.

Buddha’s followers also mark the three-month time during which they stay at one place and pray.

In Buddhism, the Abhidhamma Pitaka is an important scripture, thus, the day is celebrated with a lot of zeal.

Celebrations of Abhidhamma Day in Kushinagar

The event will mark the expo of the Holy Buddha Relic that is being brought from Waskaduwa Sri Subuddhi Rajvihara Temple in Sri Lanka by the Mahanayaka of the temple.

These relics are perceived as real relics (bone fragments, ashes, pieces of Jewels) of the Buddha. They were found in Piprahwa, Sidharthnagar district of Uttar Pradesh, which is about 160 km from Kushinagar, in 1898.

PM Narendra Modi will offer prayers to the Holy Relic and also take a tour of the Mahaparinirvana temple. He will offer flowers and Chivar (a monk's robe) to the resting statue of Buddha.

Ajanta frescos paintings, Buddhist sutra calligraphy, Buddhist artefacts that were unearthed from Vadnagar and other sites in Gujarat will also be exhibited at the event.

Gautam Buddha attained Mahaparinirvana in the ancient city of Kushinagar after his death. Khushinagar is considered the most important pilgrim spot in Buddhist history.